A general consensus seems to have emerged that while Black Lives Matter’s basic demands are justified and urgent, the transposition of its ideology to the college campus has been less compelling. Most seem to celebrate Black Lives Matter as continuing the Civil Rights movement of the 1960s, yet many condemn students protesting racism at colleges across the nation as intolerant whiners.

There are indeed serious problems with much of what these students demand in terms of what the mission of a university is supposed to be. But I have yet to see a slate of these demands in which there wasn’t something of value. One of them is the call at some universities, including Harvard, Princeton and Yale, for residence directors to no longer be called “House Masters.” Harvard and Princeton have agreed to change the name.

People unfamiliar with those two institutions may be surprised that such a title still exists. “Oh, come on—stop being so oversensitive,” many will object. And no, contrary to the kinds of speculation the more melodramatically minded are inclined to, the Master title is not intended, even in some subliminal way, as insulting to black students.

Yet that usage of the word remains an awkward relic. I myself would not have been wild about living under a “House Master” if I attended a university that used that title. It’s a useless objection to claim that “master” simply means supervisor: Words are more than their dictionary meanings, and over time, it’s natural for words to accrete implications, extra resonances.

Adorable does not refer to all things one adores—note that adorable things have to be small or at least “dear.” You may adore Citizen Kane, but you wouldn’t call the film adorable. Chastity does not refer simply to whether or not one has yet to have sex: The term has come to carry associations with femininity, moralizing and condemnation. In the same way, master, in American English, carries a whiff of the plantation and the whip.

Now, in the grand scheme of things, is it really a tragedy that a tacky term is part of some universities’ environment? No—but that triviality is exactly why it ought be so easy to let the term go. It is a courtesy, and an easy one. I attended a Quaker school in the ’70s, where the old tradition of referring to male teachers as “Master” was discarded when I was there, in favor of referring to all teachers (rather than just female ones) as “Teacher.” I liked that then, and I like the idea of extending the same courtesy to black college students today.

The same courtesy applies to removing the names and faces of some figures from university buildings. I myself have argued against the idea that schools must be purged of the names of anyone who was associated with the slave trade in any way. This indicts people for not stepping outside of the ideological boundaries of their era, which is peevish, not to mention short-sighted—think how many public names today, including black ones, would have to be stripped from buildings for homophobia, for example.

But Yale students are right to have problematized the enshrinement of John C. Calhoun in the name of a college. Calhoun ardently supported slavery at a time when increasing numbers of people were arguing for its demise. He wasn’t merely a part of his time, but actively seeking to keep his time the way it was—on an issue as grisly as the use of human beings as chattel.

Similarly, Princeton is right to consider removing Woodrow Wilson’s name from campus. Wilson was not simply a Southerner with the typical racist views of his era; he vigorously purged the government of black workers. He was racist to a degree beyond Theodore Roosevelt, William Howard Taft or Warren Harding during his time. It is hardly “whining” to not want to see his name daily, despite his credentials as a progressive in other areas.

At the end of the day, the current student protesters should be granted the things which, once granted, can be viewed by all observers as having made a change and settled an issue. What doesn’t make sense is the call for racial re-education. Quite simply, there is no way that those calling for such programs could be satisfied.

Workshops on “diversity” and “sensitivity” are roundly agreed not to do much good even now, such that it’s hard to see how more of them would somehow do the trick at last. Plus, let’s face it—how plausible is it that today’s protesters could ever judge such racial re-education as having actually worked and move on? The very point of a call for such a thing is indignation for itself, not solving a problem.

But getting rid of “House Master”? That makes sense. It’s a problem all reasonable people would classify as worth discussion, as well as one that can actually be solved. Here, rather than in bullying calls for utopianism, is where these protesters foster what can genuinely be called exchange and progress. 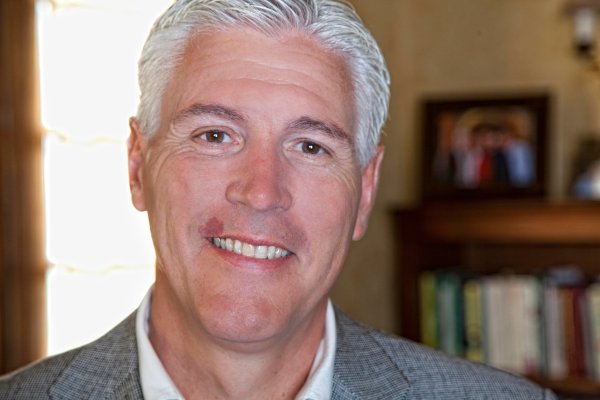 College President: This Is Not a Day Care—It’s a University
Next Up: Editor's Pick