Taylor Swift‘s epic 1989 World Tour is coming to an end Dec. 12 – the day before her 26th birthday – in Australia. And despite having much to celebrate, the singer says the festivities will be quiet this year.

Swift addressed all the birthday buzz in an Instagram post of her band and crew after taking the group on vacation to Hamilton Island on the Great Barrier Reef, to thank them for helping make the tour a success.

“So stoked to be able to take my band and crew on a vacation at the end of a long and wonderful tour,” Swift wrote. “For all their hard work this year, they really deserve it. Thank you to Hamilton Island for taking such great care of 125 of the people who work tirelessly to make sure the 1989 World Tour stage gets built, the lights are on, the costumes are made, the guitars are tuned, and the show goes on.

“Aussie press, I love your enthusiasm but my birthday isn’t for 2 weeks and it’ll be a quiet one this year. Let’s take it down a notch:)” (Reports included Swift flying her squad of famous pals and boyfriend Calvin Harris to Australia to celebrate.)

While on the island, Swift, who also made time for a road trip with her family, added an adorable cockatoo to her squad. Swift shared the moment on Instagram and captioned the photo, “Making friends on Hamilton Island.” 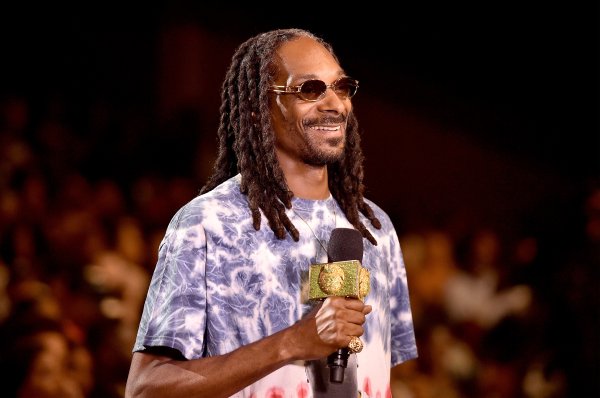 Feast Your Eyes on This Original Painting by Snoop Dogg
Next Up: Editor's Pick