Why Coffee May Protect Against Type 2 Diabetes

Photograph by Danny Kim for TIME; Gif by Marysa Greenawalt for TIME
By Alexandra Sifferlin

Coffee lovers are getting all sorts of good news lately. It was recently found that coffee drinkers live longer, and now a new study suggests that certain components in coffee protect against type 2 diabetes.

In the latest study, published in the American Chemical Society’s Journal of Natural Products, researchers identified two compounds in coffee that are thought to help lower the risk of type 2 diabetes. The link between drinking coffee and a lower risk of type 2 diabetes onset has been previously discovered, though scientists were unsure why the connection was there. While there was some speculation that the caffeine in coffee might have a role, other data has suggested that people benefit even if they’re drinking decaf.

In the new study, researchers from Aarhus University Hospital in Denmark tested several components of coffee in rat cells. They found two components that appeared to combat symptoms of diabetes in the cells: Cafestol and caffeic acid, which are found in both caffeinated and decaf coffee.

When a person has diabetes, he or she become insulin resistant. Unregulated blood sugar levels also characterize the disease. The researchers found that cafestol increased blood sugar intake in the cells and that both cafestol and caffeic acid increased insulin secretion. The fact that the two components targeted systems and actions related to diabetes suggests they could be the components that give coffee its protective benefit. The dual benefit of cafestol was especially noteworthy to the study authors.

Since the study was done in rat cells, it remains unconfirmed whether they indeed are responsible, and the researchers argue that it’s likely other components play a part too. After all, coffee is a highly complex beverage with hundreds of different compounds. The findings could contribute to the development of better medications for the disease.

Read more: You Asked: Should I drink coffee? 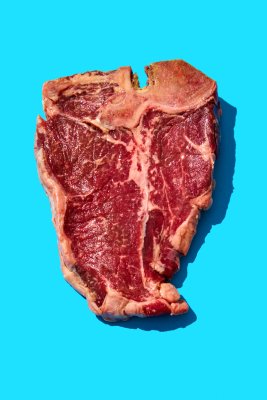 You Asked: How Much Protein Should I Eat Every Day?
Next Up: Editor's Pick