Tens of thousands of Burmese people ventured to the city of Taunggyi last week for the annual fire-balloon festival, where 30-ft (9-meter) hot air balloons carrying car-sized crates of fireworks are released into the air.

Local communities spend months crafting the bamboo cages and weaving fireworks into the structure. The idea is that the crates ignite hundreds of feet in the air in a breathtaking display of fireworks.

However, sometimes the displays go wrong with fireworks igniting while the balloon is still on the ground or the unmanned balloons crashing back to earth. Last year four people were killed and a dozen seriously injured at the event.

Stricter safety rules brought in this year, including that spectators not be within 100-ft of the balloons being set off, did not appear to be observed when I shot this video. However, there were no reports of serious injuries or fatalities at this year’s event, despite several accidents over the week-long festival, resulting in fireworks streaming into the crowd of tens of thousands.

The event features many of the elements you would expect from festivals across the world such as live music and fairground rides. It is held as a part of Tazaungdaing, Burma’s festival of lights, which celebrates the end of the rainy season.

Write to David Doyle at ddoyle0708@gmail.com. 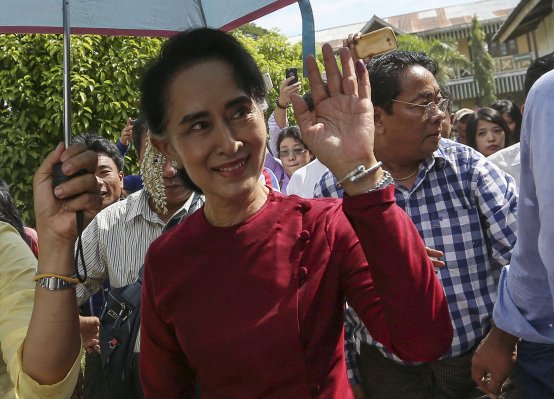