U.S. Must Repent of the Sins of Fossil Fuels

Flared natural gas is burned off at the Deadwood natural gas plant in Garden City, TX on Feb. 5, 2015.
Spencer Platt—Getty Images
Ideas
By Serene Jones
Rev. Dr. Serene Jones is President of Union Theological Seminary in the City of New York, where she also holds the Johnston Family Chair in Religion and Democracy. She is Vice President of the American Academy of Religion, an ordained minister in the United Church of Christ and the Christian Church (Disciples of Christ) and author of Trauma and Grace: Theology in a Ruptured World.

The series of conversations at the U.N. climate-change conference in Paris this week will determine the future of our planet and the state of the souls who depend on her for all the necessities of life. As the eyes of the world turn upon on the City of Light, I pray that those gathered there will remember the words of another light in the world: “To those whom much is given, much is required.”

This oft-quoted directive from Luke 12:48 could not be more true than it is in the case of global climate change. Here in the U.S., we have benefited immeasurably from the tons of fossil fuels we have burned to power the world’s most powerful economic engine. We now come face-to-face with the consequences of our unbridled pursuit of growth, and we must recognize both the seriousness of the threat and our moral obligation to act.

Here at Union Theological Seminary in New York, where I serve as president, we are committed to acting. Last summer, we became the first seminary in the world to divest our endowment from fossil fuels. We also recently launched the Center for Earth Ethics, and held an interfaith gathering of more than 200 religious leaders from around the world to discuss the moral and spiritual imperative of responding to the ecological crisis.

But the more we do as a community, the more we have realized that we need our government to join us in the work to reduce our consumption of fossil fuels, and to take a leadership role in reducing the impact of climate change on the most vulnerable around the world.

The global threats are serious. Our nation’s generals warn us that global climate change poses serious challenges to the stability of the international order, with consequences ranging from mass human migrations to resource shortages to famines and other natural disasters. The refugee crisis today in Syria, as horrible as it is, could pale in comparison to the massive waves of human displacement caused by climate change.

Many of the nations least equipped to respond to these new challenges are the ones that will be most affected. Moreover, every typhoon, every drought, every village lost to rising sea levels will feed an ever-growing global animosity toward the U.S. As one of the largest contributors to the creation of this global climate crisis, the world will blame us for these calamities, and they will be right.

It is without question in our own best interests to act. It is also our moral responsibility to do so.

As the Gospel writer Luke would see it, much is required of the U.S. as the world’s leading economic, technological and military power. And as we have built this power on the backs of fossil fuels, another old adage applies here as well—you broke it, you bought it. Our years of insatiable consumption have led to this crisis, and it is our responsibility to help solve it.

Most important, as Pope Francis rightly points out, those who will suffer the most from climate change are the least among us. People who feed their families from an annual harvest, communities without the resources to adapt to new and less hospitable weather patterns, and governments who can barely take care of their own people yet alone millions of climate refugees.

We have a moral, theological and practical obligation to take on the work of reducing the impact of climate change. But what can we do?

The climate crisis is a global problem, and it requires a global solution. The conference in Paris asks the U.S. and other world economic powers and polluters to repent of the sins of fossil fuels. And it offers those who through their gluttony have received much a singular and acute opportunity to truly live out the gospel call to give what is required.

This is certain to be the greatest humanitarian crisis of this century should we fail in our efforts. Failure to lead in this will cause even greater costs down the road measured not only in dollars and goodwill, but in the lives of the least among us. And if we pull together, we can solve the problem. But we must do so now, not tomorrow, not next year. The future of our world depends upon us. 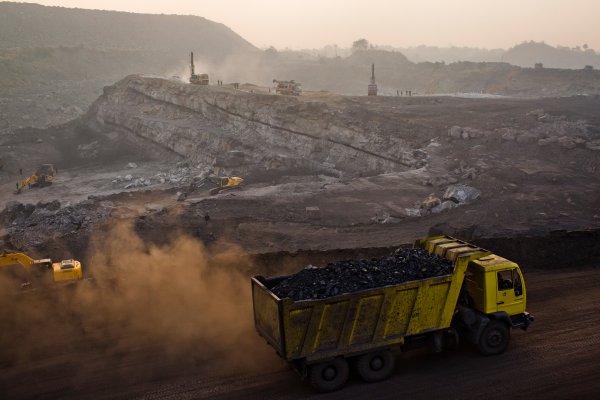 India Says It Will Cut Back on Coal if Paris Deal Pays for More Renewable-Energy Sources
Next Up: Editor's Pick