The Islamic State of Iraq and Greater Syria (ISIS) has only grown stronger since the U.S. stepped in to help take out the terror group, Syrian President Bashar Assad said Tuesday.

In a wide-ranging interview with Czech TV, Assad criticized airstrikes by the U.S.-led coalition and lamented the worsening state of his country after millions of citizens have fled.

“According to the facts, since the beginning of that coalition, if you want to talk about facts not opinions, ISIS has expanded, and their recruits from around the world have increased,” Assad said.

“You cannot kill terrorists or destroy terrorism from the air, you cannot,” he added. “The Americans have been trying this in Afghanistan for how long? Did they achieve anything? Nothing.”

“I didn’t fail them,” Assad said. “I did not destroy their infrastructure. I did not give the arms to terrorists to kill and to destroy. The question is, ‘Who did that?’ The Europeans and the Saudis and the Qataris.”

He also said he would happily abandon his leadership post if that’s what his citizens wanted.

“For me, to be frank, I never cared about the position, and I do not care about it today or in the future,” Assad said. “When there is elections, the Syrian people will decide if they want me. I will be happy to represent them. If they do not want me, I will be happy to leave it, I do not have any problem.” 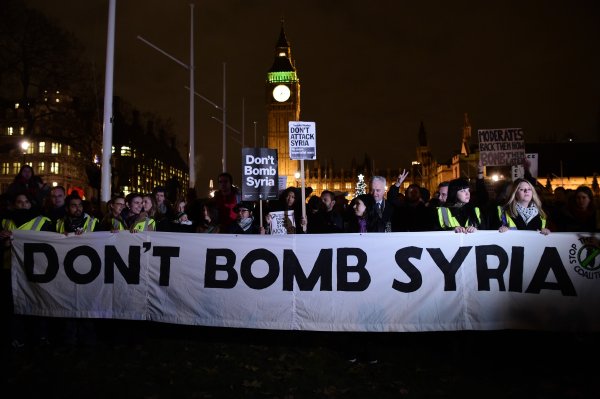 U.K. Votes on Syria Strikes
Next Up: Editor's Pick