Feminists Are Total Hypocrites When It Comes to Carly Fiorina

Dannenfelser is President of Susan B. Anthony List, and Nance is CEO and President of Concerned Women for America.

The double standard now on display with regard to Carly Fiorina has driven hypocrisy to new depths, as many of the same political and media personalities who’ve warned conservatives and Republicans to make a stronger appeal to women have gone ballistic with invective and hyperbole in attacking the GOP’s only female presidential candidate.

This goes further than the current blame game over the horrific murders in Colorado Springs. The furor being directed at Fiorina is just the latest example. Why do so many who strongly advocate for more women in office, and more women running for office, turn so despicably against conservative women who are willing to put themselves forward?

The left has learned nothing over the past five years; in fact it’s worse. Palin was wrongly blamed for the Tucson shooting, but today liberal commentators such as MSNBC’s Chris Matthews have gone so far as to sneer and offer that Fiorina is “enjoying” this tragic event.

It’s worse for Fiorina because, even though both she and Palin are strongly pro-life, it was Fiorina who took it upon herself to put the controversy caused by the Planned Parenthood videos front and center in the presidential campaign. Her display of courage and compassion at the Reagan Library Republican debate went into unchartered territory for a presidential race because, finally, it was a woman candidate who was willing to take the issue head-on when given a national stage.

And Planned Parenthood eventually did announce it would no longer accept reimbursement for organs from aborted babies.

Abortion, sadly, is the difference maker when it comes to who gets the feminist seal of approval. Republican women who support abortion get a pass, they represent no threat to liberal feminist orthodoxy.

But to today’s so-called feminists and advocates for equality, who constantly demand more women in the process, more outreach to women and attention to certain issues, Carly Fiorina really isn’t a woman at all. They look at her and see a chauvinist in a pantsuit and heels. They don’t welcome her to the debate, they give her no credit for getting into the game, they don’t even give her the smallest modicum of respect.

The liberal women celebrity hosts of ABC’s The View even attacked her appearance a la Donald Trump. They’ve never done the same, nor would they ever think to do so, to Hillary Clinton.

Carly Fiorina is a legitimate Republican woman candidate for the White House; she worked her way up from being a secretary at a real estate firm to CEO of a Fortune 20 company – the first woman to do so. But even for a bona fide barrier breaker with concrete accomplishments and a record of success, pro-life means persona non grata. A brutal irony indeed.

If past is prologue the attacks against Carly Fiorina will only embolden her more. True groundbreakers aren’t held back by cowardly critics, they succeed in spite of them.

Marjorie Dannenfelser is President of Susan B. Anthony List. Penny Nance is CEO and President of Concerned Women for America. 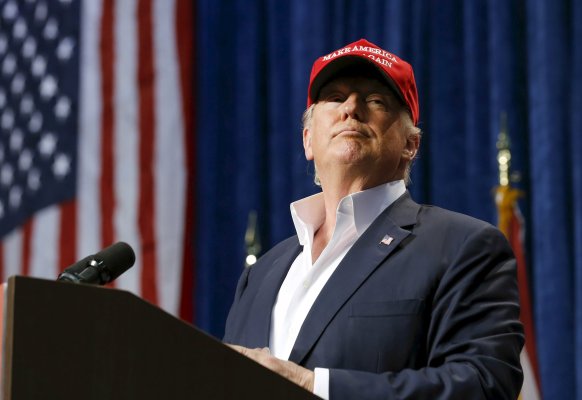 Donald Trump Could Save the Republican Party
Next Up: Editor's Pick