Is Turkey Really Benefiting From Oil Trade With ISIS?

Relations between Russia and Turkey hit a new low this week after Moscow doubled down on its claims that Turkey shot a Russian warplane in order to protect its supply of oil with the militant group ISIS.

Speaking just two days after the Turkish F-16 fighter shot down the Russian SU-24 plane, Russian President Vladimir Putin said there was “no doubt” that oil from “terrorist-controlled” territory in Syria was making its way across the border into Turkey. “We see from the sky where these vehicles [carrying oil] are going,” Putin told AFP last week. “They are going to Turkey day and night.”

Erdogan has vociferously denied the claims, saying he would resign if Russia backed up its claims with proof. But Russia’s accusations aren’t the first time Turkey has been cited as a destination for crude oil sold by ISIS. An October report by AP claimed that ISIS is extracting about 30,000 barrels of crude oil per day from Syria, much of which ends up in Turkey.

Analysts speaking to TIME say it’s very unlikely Ankara has anything to do with ISIS oil — and Putin’s allegation about the incident carries no weight. “To go as far to say that Turkey would shoot down a plane to protect its oil supply is unfounded,” says Valerie Marcel, an associate fellow in energy, environment and resources at London-based think tank Chatham House.

Fawaz Gerges, Professor of International Relations in the London School of Economics and Political Science, agrees that the claims amount to a conspiracy theory. “I think it would be very misleading to say there is an unholy alliance with Turkey and the Islamic State,” he says.

That’s not to say ISIS oil isn’t being imported to Turkey. Illicit criminal networks and middlemen are moving oil generated in ISIS-held territories not only across the border to Turkish buyers, but also to Iraqi Kurdistan, to rival rebel groups in Syria and Jordan, and even to the regime of Syrian President Bashar al-Assad. “ISIS sells to anyone, it’s not about ideology,” Gerges says. “They deal with the Kurds, Syrian regime, Islamist rivals. It’s just business.”

Before ISIS’s oil extraction and refining capabilities were hit by coalition airstrikes, ISIS were involved in almost every step of the supply chain. “ISIS were the middle men. They were able to take their own tankers, with the crude oil from their own wellhead, and bring it to the border at Turkey,” Marcel says . While it is impossible to give exact figures due to the lack of independent researchers in the area, Marcel believes that individuals or criminal groups were profiting from the kickbacks in the sale of ISIS oil — and not, as Putin suggests, the Turkish government.

The vast majority of that oil is likely being used in ISIS-controlled areas, she adds. “They are consuming most of what they produce as they need gasoline to meet their needs…. if [ISIS] is in control of an area in Syria and Iraq that governs 8 million people you will need gasoline for cars, trucks and fuel products to run homes.”

Ankara isn’t totally blameless in the transport of oil across Turkey’s borders, however. Since the conflict began, analysts say, the country has turned a blind eye to its 550-mile border with Syria, allowing it to become a thoroughfare not just for illicit oil but for thousands of fighters and smuggled weapons. “The reason people accuse Turkey of collaborating with ISIS is because…their priority is to topple Assad,” says Gerges. “Their unofficial open border policy allowed radical Islamists including the Nusra Front, who are the Syrian branch of al-Qaeda, and ISIS, to bring money, resources and fighters into Syria.”

So while claims of Turkey aiding ISIS to protect its oil supply may not add up to much, it could be doing more to fight them — as President Barack Obama and others have said. So far, Turkish airstrikes have been focused more on Kurdistan Workers’ Party (PKK) targets inside Syria, whom they view as more of a threat to their national security than ISIS. Says Marcel: “The comments being made by Obama and other leaders that Turkey needs to be more on board with the fight against [ISIS] and has to control its borders are spot on.” 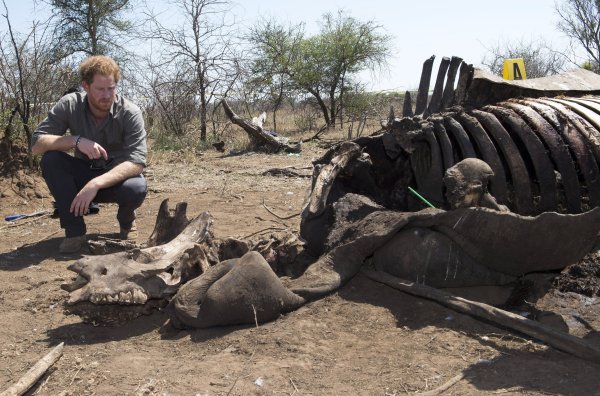