U.K. Lawmakers Prepare to Vote on Air Strikes Against ISIS in Syria

Protesters stand behind a banner that reads "Don't Bomb Syria" during a demonstration against British military action in Syria outside the Houses of Parliament in London on Dec. 1, 2015
Leon Neal—AFP/Getty Images
By Rishi Iyengar

The U.K. Parliament is set to vote on whether the country will join an international coalition in carrying out air strikes in Syria against the Islamic State of Iraq and Greater Syria (ISIS), with a 10-hour debate on the issue in the House of Commons scheduled for Wednesday.

Although lawmakers are divided on whether the strikes are the right option, British Prime Minister David Cameron is expected to garner the support he needs to approve them, the BBC reports.

Divisions have emerged within the opposition Labour camp, whose leader Jeremy Corbyn is against air strikes but has given his party members a free choice, the BBC says. Cameron caused controversy on Tuesday by calling Corbyn and others opposed to the motion “a bunch of terrorist sympathizers.”

British forces are already providing surveillance, tactical and logistical support to countries like the U.S., Russia and France, and have also carried out thousands of aerial raids on ISIS targets in Syria’s neighboring country Iraq. 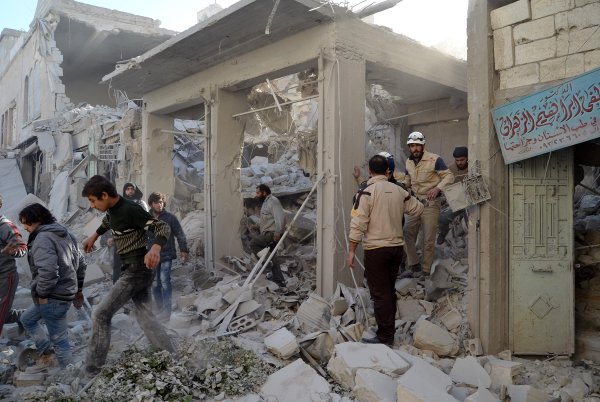 Russian Airstrikes in Syria Seem to Be Hurting Civilians More Than ISIS
Next Up: Editor's Pick