Trump Back on Top as Carson Fades

Donald Trump has regained sole position atop the Republican presidential field as Ben Carson has faded, a new poll finds, with Marco Rubio and Ted Cruz rounding out the top tier.

The new Quinnipiac University survey has Trump at 27% nationally, followed by Rubio at 17%, and Carson and Cruz at 16% each, with no other candidate topping 5%. Last month, Trump and Carson were at a statistical tie with 24% and 23% respectively, an indication that Carson hasn’t withstood criticism of his foreign policy credentials nearly as well as his other outsider rival.

Jeb Bush polls at a meager 5%, followed by Carly Fiorina at 3%, Chris Christie, Rand Paul, and John Kasich at 2%, and Mike Huckabee at 1%.

The results broadly match statewide polling two months before Iowa voters kick off the nominating calendar on Feb. 1, and heighten the urgency for those candidates bunched together at the bottom of the pile to alter the trajectory of their campaigns.

Across the aisle, Hillary Clinton has expanded her lead over Bernie Sanders to a 2-1 margin, leading the Vermont senator 60% to 30%. Clinton and Sanders both saw their hypothetical match-ups against the GOP top-tier improve over a month ago, with each topping Trump, Carson, and Cruz outright, and in a statistical tie with Rubio. 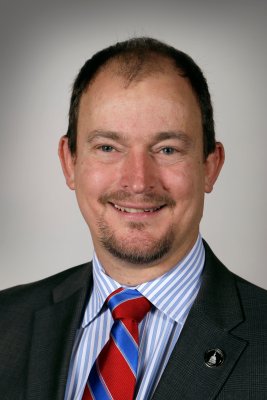