'Chemobrain' Is Real — and More Likely With Certain Drugs

Studies have documented the damaging effect that chemotherapy can have on brain functions like memory and cognitive skills, but few have compared different agents to find out which are more harmful than others.

In a small study published in JAMA Oncology, Shelli Kesler, associate professor of neuro-oncology at the University of Texas MD Anderson Cancer Center, and her colleagues did just that. They compared the commonly prescribed anthracycline chemotherapy agents to non-anthracycline agents. They also studied women with earlier-stage breast cancer who didn’t require chemotherapy as part of their treatment. All of the 62 women who had had breast cancer took cognitive tests and agreed to have their brains imaged using functional MRI while they performed certain recall and thinking tasks.

MORE: When Chemotherapy Does More Harm than Good

The group that received anthracycline showed lower verbal memory and recall scores than both the control group (who got not chemo) and the women who were given non-anthracycline chemo. “Given the results of this study, I strongly advise patients to request a referral for neuro-psychological evaluation,” says Kesler. “This should be ongoing throughout the treatment and into survivorship.” She notes that people on chemotherapy routinely get checked by heart experts for potential harm to the heart, and says that the brain might be just as vulnerable to the toxic anti-cancer drugs. “We really should be doing the same with chemotherapy related neuro-toxicity,” she says.

MORE: Some Chemotherapy Is More Toxic Than Others

She admits that the results need to be confirmed with a larger group of people, and that scientists should also look closely at whether the changes in brain function can be mostly attributed to the chemotherapy or whether in women with advanced cancer, the disease itself might be affecting their thinking. While she and her colleagues adjusted for the possible effect of more advanced disease, a more detailed look at this factor in more patients would help to confirm the finding.

For now, there is no reason to avoid anthracycline therapy, especially if it’s prescribed to control potentially life-threatening tumors. But further studies like this that parse apart how each of the chemotherapy agents might affect the brain, and research that identifies genetic factors that might make certain women more vulnerable to the effects of certain agents, could help doctors to better match patients with the right drug for them. 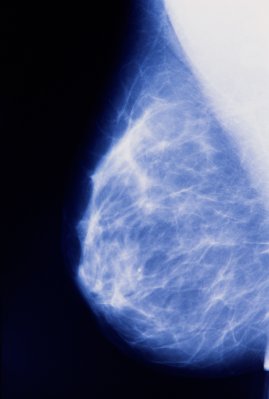 False-Positive Mammograms May Provide Clues to Doctors
Next Up: Editor's Pick