It’s me, your pen-pal. We’ve never met, but you’ve written me so many letters that it feels like we’re the best of friends. On Tuesday, I got one from Mark Zuckerberg saying he’s going to end disease, and two days earlier there was one from Kobe Bryant about why he’s retiring. To be fair, it was addressed to “Basketball“– but I’ve played “Horse” before, so, yep, sent to me again.

This season seems to have given us a flowering of open letter writers. Weeks before Bryant and Zuckerberg sealed their digital envelopes, Ta-Nehisi Coates won the National Book Award for his open letter to his son Between the World and Me. Days before that, Weeds actress Mary Louise Parker released a collection of open letters in the form of her new book, Dear Mr. You.

The irony of course is that while the open letter thrives, real honest-to-god letters are dying. The U.S. Postal service says that personal letter delivery is at an all-time low, and I can’t remember the last time I got a letter that wasn’t a thank-you-note, a hate note, or a letter from prison. Which begs the question: are open letters the only kind the future will know?

Maybe so. And in the age of social media, that seems both fitting and oddly redundant. Every Facebook post is essentially an open letter. Anything that you post on a friend’s wall is addressed to your friend, but really it’s meant for everyone else who might read it. Anytime you mention someone in a tweet, you’re not just talking to that person, you’re talking to all of your followers. The open letter is the pinnacle of modern communication: a public announcement posing as a private gesture.

Since Facebook has become one of the most popular social media platform to allow users to breach this public-private divide, it’s no surprise that Mark Zuckerberg’s letter to his daughter reads like a press release cloaked in a baby announcement. The letter to his daughter Max, which includes sentences that are clearly not directed towards this one-day old millionaire (“if you have to wonder whether you’ll have food or rent, or worry about abuse or crime, then it’s difficult to reach your full potential”) is a noble gesture. May every open letter writer announce he is pledging $45 billion to better the world. But it’s also a perfect example of how 21st-century communication has become more about eavesdroppers than recipients. If we’re always talking to everyone else, are we really ever talking to each other?

And while I wouldn’t mind seeing the posturing that goes into writing an open letter go the way of the, well, letter, it is still much more fun to read mail that’s addressed to someone else. 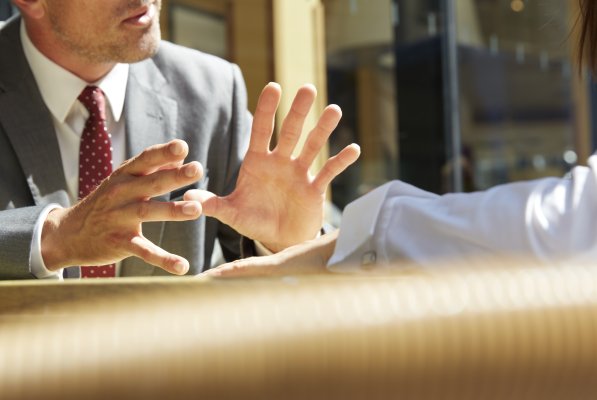 How to Persuade People, According to NYPD Hostage Negotiators
Next Up: Editor's Pick