In the latest episode of ABC’s The Muppets, airing Tuesday at 8 p.m. ET, the Foo Fighters frontman returned to his old perch behind the drums and battled it out against rock n’ roll puppet Animal. Grohl’s performance recalled his stints as grunge-rock drummer for Nirvana and Queens of the Stone Age in the 90s and early 2000s.

“I’ve been waiting years for this, Animal,” he said before the drum-off.

Watch the clip below to judge the winner for yourself. 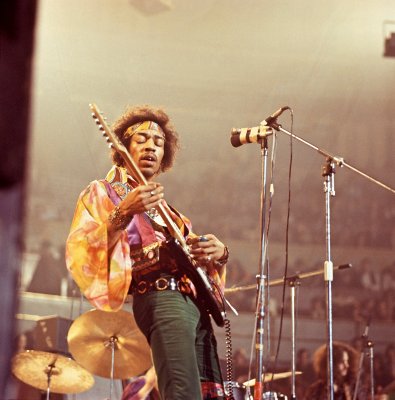 The Smithsonian Wants Your Rock ‘N’ Roll Photos
Next Up: Editor's Pick