Obama Should Stay Out of the Turkey-Russia Crisis

If you thought the situation in Syria couldn’t get more complicated, think again. Turkey’s downing of the Russian fighter plane last week sparked diplomatic tensions that are likely to get worse.

At the heart of the crisis is not just the incident itself, but the fact that Russian and Turkish strategic priorities are at odds in Syria. While Russia has come to the aid of the Bashar al-Assad regime, the Turks support a variety of anti-Assad rebel groups, some of which the Turks claim the Russians have bombed in recent weeks.

The threat of an escalating crisis between two nations so central to both the search for a political settlement to the Syrian civil war and to the fight against the Islamic State of Iraq and Greater Syria has President Barack Obama worried. On Tuesday, he called on Russia and Turkey to avoid escalating the crisis over the downed Russia fighter plane and to stay focused on the “common enemy”: ISIS.

Given Obama’s unwillingness to get the U.S. involved more directly in Syria, he holds little sway over either country. But happily for the U.S., in this case, standing on the sidelines is the right strategy.

First, neither Russia nor Turkey needs U.S. encouragement to keep up the fight against ISIS. True, the Russians’ first priority is to support the Assad regime, on which they depend to project power in the region, and their initial airstrikes have focused almost exclusively on non-ISIS targets. Eventually, though, as Putin himself has noted, ISIS does represent a threat to Assad (and clearly to Russia in the wake of the ISIS downing of the Russian airliner), and the U.S. can expect that Russia will turn eventually to deal with it.

Turkey also has several competing priorities, including concerns about the Kurds and domestic terrorism, but unlike the U.S. which experiences ISIS as a distant and indirect threat, Turkey shares a lengthy and porous border not only with Syria but with Iraq and thus views the threat in urgent terms. Thus, given their strategic concerns, neither Russia nor Turkey will risk abandoning the fight against ISIS even if their mutual hostilities continue to percolate.

Second, U.S. involvement in the peace talks is actually counterproductive to achieving the primary goal the U.S. has in Syria: to deal with ISIS. Obama has spent the past five years arguing that Assad’s departure is a requirement of any peace deal and continues to hope that the Russians will change their minds. On Tuesday, the president said: “I think it is possible over the next several months that we both see a shift in calculation in the Russians and a recognition that it’s time to bring the civil war in Syria to a close.”

Not only has Russia’s intervention on Assad’s behalf made that position a fantasy, it also rules out the best near-term strategy for reducing ISIS’s footprint in Syria, which is to restore some stability to the nation and to allow the government (with international support) to regain its monopoly over the use of force within its territory. The longer Obama refuses to consider this option, the longer ISIS will remain a problem within Syria.

Finally, although Obama certainly faces political pressure at home to press the fight against ISIS, the simple fact is that military action, whether U.S., Russian, or Turkish, is unlikely to prevent future terrorist attacks against the U.S., and may in fact make such attacks more likely. It is important to remember that ISIS emerged from the chaos in the aftermath of the Iraq War—more fighting seems unlikely to alter the conditions that led to its rise.

Moreover, attacks like the one in Paris cannot be deterred by destroying ISIS’s military organization in Syria and Iraq. The Paris attacks were carried out by European citizens inspired by the group’s narrative. No amount of bombing by Russia or Turkey can prevent that from happening again. Given this, the U.S. would be far better off to stay on the sidelines in Syria and focus instead on ensuring that our intelligence and homeland security measures remain as effective at preventing terrorist attacks as they have been since 9/11. 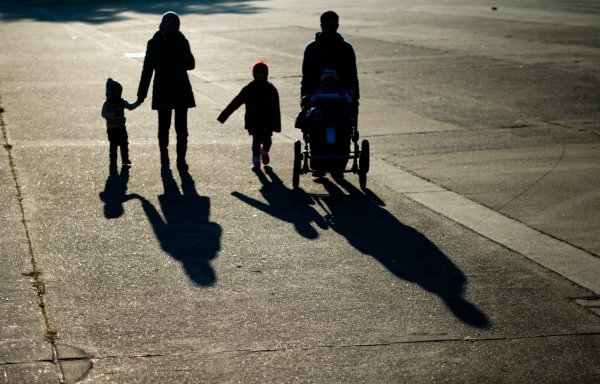