Check Out The New Doctor Who LEGO Sets

Lord of the Rings director Peter Jackson is dragging out the announcement that he will (probably) direct an episode of Doctor Who, but now there is a great way to kill time while waiting to set your DVR—the Doctor Who LEGO set is finally here.

The new set features the 12th Doctor and his companion, Clara Oswald, in the Tardis, his bigger-on-the-inside police box spaceship. If the current iteration of the Doctor isn’t your cup of tea, the set also includes a minifig of the Eleventh Doctor (and his fez) as well as a few of the Time Lord’s enemies, a Weeping Angel and two Daleks.

The kit that is now for sale was originally suggested by fan Andrew Clark via LEGO’s popular LEGO Ideas crowdsourcing community. The BBC, which produces the world’s longest running sci-fi drama (it premiered way back in 1963), and LEGO teamed up to make the set a reality. Clark logged on to the LEGO site today to express his excitement. “I’m very proud to see it on the LEGO website. I hope people enjoy the build,” he wrote. It was the LEGO Ideas site that brought the Big Bang Theory Lego set to stores. Sadly, LEGO announced that they will not make fans’ cheesecake-eating dreams come true and release the suggested Golden Girls set.

As with most of the LEGO Ideas sets, it’s likely that the Doctor Who set will be wildly popular. Or in Whovian speak: Don’t blink, because they might sell out.

If Doctor Who LEGO isn’t enough to keep you entertained while waiting for Peter Jackson to make up his mind, you can always dress up your Welsh Corgi like the Doctor.

Most Popular on TIME
1
Shakira: We Must Speak Up on Child Separation
2
21 Hidden Gem Horror Movies to Stream Now
3
Armed Right-Wing Groups Aren’t ‘Militias’—We Need to Stop Calling Them That 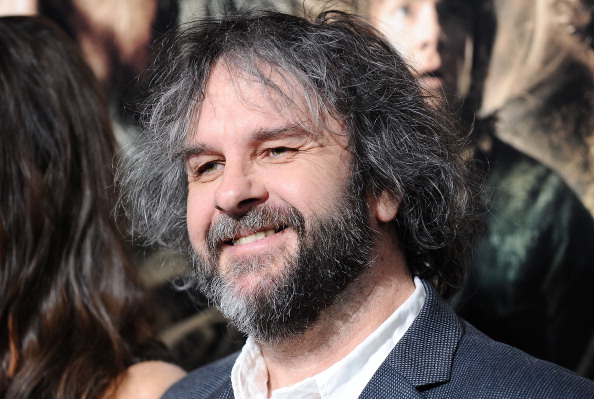 Watch Peter Jackson Fuel Rumors He Will Direct an Episode of <i>Doctor Who</i>
Next Up: Editor's Pick