Pope Francis Is PETA's Person of the Year

Pope Francis caresses a guide dog during a private audience to members of the media on March 16, 2013 at the Paul VI hall at the Vatican.
ALBERTO PIZZOLI—AFP/Getty Images
By Daniel White

Pope Francis has been selected as person of the year by the People for the Ethical Treatment of Animals.

PETA picked the Holy See for his 2015 encyclical Laudato si’, in which Pope Francis called on the estimated 1.2 billion Catholics worldwide to treat animals with kindness and to respect the environment. “With more than a billion Catholics worldwide, Pope Francis’ animal-friendly teachings have a massive audience,” said PETA President Ingrid Newkirk.

Pope Francis, who took his name from the patron saint of animals and the environment St Francis of Assisi, joins previous PETA persons of the year Bill Clinton, Oprah Winfrey, Russell Simmons and Ricky Gervais.

The pontiff is also on the list of nominees for TIME’s Person of the Year poll, where readers can have their say on who has most influenced the news this year for better or worse before TIME’s editors’ choice is unveiled on Dec. 9. Vote here: 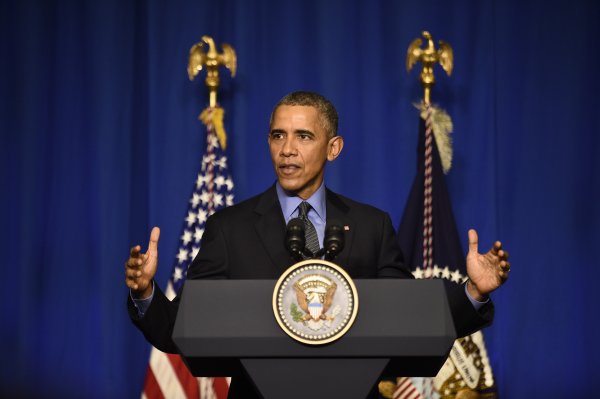 Paris Talks Fall Short on Climate
Next Up: Editor's Pick