World leaders have arrived in Paris for the start of the highly-anticipated climate change negotiations. Although most participants, activists, and analysts are more cynical about the process than they were on the eve of the 2009 summit in Copenhagen, expectations and hopes for a deal are still running high.

The reason there is some optimism is the bottom-up approach to the Paris talks. Most of the 200 countries participating have put forward individual carbon reductions goals, with each country laying out specifically how they will contribute. The U.S., for example, has promised to cut emissions by 26 to 28 percent below 2005 levels by 2025. China pledged to reach peak emissions by 2030.

There will also be a few surprise announcements intended to boost momentum for international action. For example, U.S. President Barack Obama along 19 other world leaders announced that they will double the level of R&D investment in clean energy. Half of the $20 billion expected within five years will come from the United States.

At the same time, a group of 28 investors including Bill Gates, Mark Zuckerberg, and Jeff Bezos pledged to pour private money into carrying promising clean tech into commercialization. Gates framed the initiative, dubbed the Breakthrough Energy Coalition, as a complement to the publically-funded R&D announcement put forward by the U.S. government and its partners.

These new initiatives coupled with individual goals are more palatable than the top-down approach of the past, where negotiators tried to come up with a cap on emissions and divide up which country was allowed to pollute, and by how much. While scientifically sound, the approach has thus far been politically impossible.

At the same time, the reason the Paris talks may put forward a “successful” agreement is because it lacks ambition. Individual pledges won’t be enforceable in any serious way, the agreement will be voluntary rather than binding, and in any case, some countries are not even putting forward aggressive plans.

More to the point, they will fall far short of what is needed. Much of the world has signed up to a goal of limited average global warming to 2 degrees Celsius, a threshold scientists have argued could still avoid some of the worst effects of climate change. But even if all of the country-specific carbon plans are realized (a questionable proposition), the world will still fall short of the 2-degree target.

Notably absent from the Paris climate talks is any discussion of “unburnable carbon,” the notion that many oil, gas, and coal assets may not be all that valuable at all if their owners are prohibited to produce them by some future policy. Such a discussion inevitably leads to hard caps on emissions and binding agreements to achieve certain outcomes. As mentioned above, the political arena is not prepared to go there.

Nevertheless, while international negotiations will inevitably fail to resolve the massive problem of climate change, some semblance of a deal at the very least sets the tone for where we are heading. The fact that most countries are promising to transition towards clean energy and reduce fossil fuel consumption is rather significant, especially if you are a fossil fuel company worried about your long-term business prospects. As Michael Levi of the Council on Foreign Relations notes, the perception of a successful deal is actually one of the more important aspects of it actually being a success. National policies, rather than an international agreement, are what will determine real reductions in emissions, and the perception of success will build political momentum to push forward at the national level.

Already the political environment, both within the United States but also around the world, is starting to make life a little more difficult for oil, gas, and coal companies. Environmental groups are making fossil fuel projects more difficult to pull off (see: Keystone XL, or Arctic drilling). Additionally, the legal troubles for fossil fuel companies, for example, illustrated by the investigation into ExxonMobil, could grow.

Paris will not solve the world’s climate problem. Slashing emissions to levels that scientists say are necessary appear to be increasingly out of reach. However, the world is showing more resolve to transition to clean energy than at any point in the past. While it may be too little to avoid the worst effects of climate change, the Paris talks represent a growing threat to the long-term business prospects for oil and gas companies. 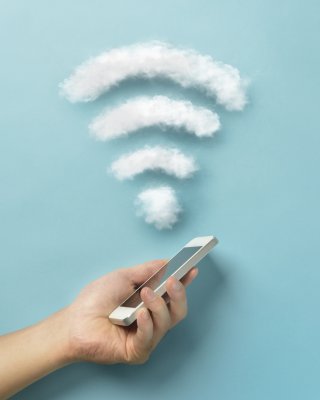 Here's How 2016 May Become the Year of Wireless Energy
Next Up: Editor's Pick