Here's What MTV Is Calling the Generation After Millennials

Griffin Picciani, 14, doesn’t feel like a millennial. The New York City teenager looks at his early-20s cousins and easily recognizes the differences between his teenage years and theirs. Griffin only knows a black president. The video games he plays are miles away from the 8-bit consoles his cousins can remember. And perhaps most important, he and his friends can’t remember a time before Instagram and Snapchat.

“My age group has grown up with all of this social media at a much younger age,” Griffin says. “I think that’s given us a different perspective.”

Griffin is part of a generation that hasn’t been fully defined but appears to break from millennials—and one that doesn’t yet have a widely accepted name. MTV is looking to change that, and the network will announce a new name Wednesday: the Founders.

MTV President Sean Atkins says the name acknowledges that while millennials have disrupted society, it’s this new generation’s job to rebuild it. “They have this self-awareness that systems have been broken,” he told TIME ahead of the announcement. “But they can’t be the generation that says we’ll break it even more.”

There are, it turns out, a plethora of monikers for this new generation: Gen Z, iGen, Posts, Homeland Generation, ReGen, Plurals. But for MTV, the cable and satellite network which has been studying this generation for the last few years, none of those names represented what its researchers were seeing in surveys and data they’d been collecting. So in March 2015, the network asked more than 1,000 kids who were born after December 2000 what they should be called, generating 544 names including the Navigators, the Regenerators, the Builders, the Bridge Generation, and the winner, the Founders.

MTV is part of a growing number of media companies and marketers that have been trying to figure out what drives this group. Research is beginning to show that teenagers today are more pragmatic and independent than their millennial predecessors. They’re more likely to stand out than fit in. They’re digital natives who don’t know a time before being constantly plugged in. And they’re part of the most diverse generation in history, a generation that will soon be as coveted among marketers as millennials.

For MTV, which has seen significant ratings declines over the last couple years and recently named a new president to oversee new programming, the network plans to use the information it has gathered to tweak its shows to better reflect this group, which in the next few years will begin displacing millennials as it enters the network’s core demographic of 12 to 34 years old. MTV says its research shows that younger teens today see a world drastically disrupted. Facebook and Google have upended the news business. YouTube has disrupted television. Airbnb and Uber have unsettled long-established industries like hotels and taxis. The economy itself was disrupted by the Great Recession, creating a world in which their parents may have lost their jobs and family budgets are tight.

Generational experts and marketers have only just begun studying this generation, and most are finding similar traits. It will be the first generation parented largely by Generation X, often called latch-key kids thanks to the hands-off parenting style of the Greatest Generation. Those often-cynical Gen X parents appear to be imparting a realism onto their kids as opposed to a more optimistic, you-can-do-anything parenting style of their Baby Boomer parents.

Still, there’s no hard break between any generation, and some experts see this new group as merely the ultimate extension of millennials.

“We do not expect that this next generation is going to be anti-millennial,” says Neil Howe, a generational theorist and author of Generations and Millennials Rising, who has also coined the term “homelanders” for those coming after millennials. “You have a whole generation that is going to represent the extreme endpoint of where millennials were going in many respects: risk-averse, team-oriented, well-behaved.”

This fall, MTV started introducing new shows that are beginning to reflect these younger consumers, including Todrick starring Todrick Hall, who was cut from American Idol but has reinvented himself on YouTube and Broadway. Last year the network launched Faking It, which focuses on high schoolers who become popular by standing out, a character trait MTV researchers say this generation values. The biggest shift will show up next year in the ambitious scripted series The Shannara Chronicles, a fantasy series set inside a post-apocalyptic dystopian world.

“The Founders” generation is still in its early stages, and the perceptions being formed may change over time. MTV executives say they realize that and may rethink the name in the future. But for now, they’re sticking with Founders, a name Griffin, the New York City teenager, endorses.

“It definitely describes our generation,” he says. “And considering the other names out there, it’s a lot easier to remember.” 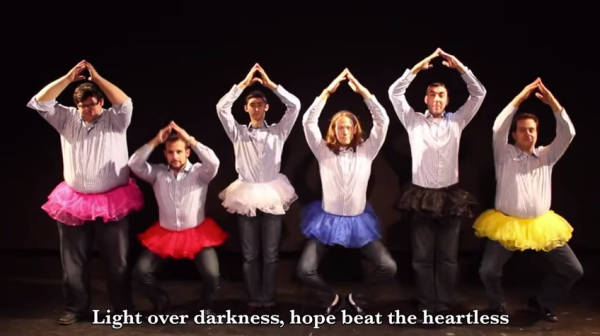 Here's a Hanukkah Parody of 'Whip/Nae Nae' and 'Hotline Bling'
Next Up: Editor's Pick