Millennial parents are looking to Instagram filters to help name their children, according to one parenting site. The most popular name derived from the photo-sharing app was Lux, which rose 75% on the list of baby boy names compared to last year, new statistics from BabyCenter.com show.

Ludwig, Amaro, Reyes, Hudson and Kelvin also increased in popularity for boy names in 2015, though their popularity has fluctuated in recent years. Baby girls were named Juno, Valencia and Willow.

The parenting site gathered data from more than 340,000 parents in the world, it said, though the findings are unofficial, based on its own research and not government data. The U.S. Social Security Administration is set to release the official list of top baby names from this year in 2016.

Noah topped the list of boys’ names and Emma dominated the list of girls’ names in 2014. Those names were bumped this year by Jackson and Sophia, according to BabyCenter.com.

The pregnancy and parenting site also said names of planets and characters on the hit TV show Empire were trending this year. The name Royalty also jumped 88% in popularity for girls.

Here’s BabyCenter’s compilation of the top 10 names for both genders: 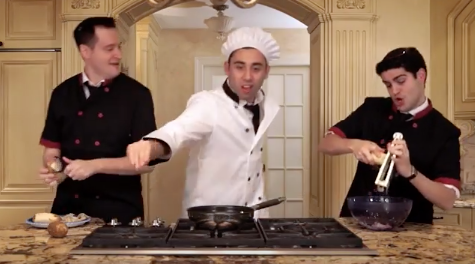 Here's a Hanukkah Parody of Walk the Moon's 'Shut Up and Dance'
Next Up: Editor's Pick