How a Breast Cancer Gene May Affect Alzheimer’s

Since 1994, scientists have known that mutations in the BRCA gene can contribute to a higher risk of developing breast and ovarian cancers. But for the first time, researchers say that the gene may also play a part in the nerve death that’s responsible for Alzheimer’s disease.

Reporting in the journal Nature Communications, Lennart Mucke and his colleagues at the Gladstone institute of Neurological Disease have found that the BRCA1 gene not only affects the way cells can grow by promoting cancer, but can also interfere with nerve cells’ ability to repair their DNA.

When Mucke, director of the Gladstone Institute of Neurological Disease, bred mice with BRCA1, which can be mutated in different ways. In breast cancer, for instance, some changes can fuel the growth of tumors. BRCA1 is also, oddly enough, responsible for repairing DNA. That is why in animals with low levels of BRCA1, that repair wasn’t happening, leading to memory problems.

Mucke also looked at BRCA1 levels in autopsy brains of humans who had died with Alzheimer’s. In these brains, levels of BRCA1 were up to 75% lower than those in brains of people who had not died with the disease. Does that mean that people with BRCA1 mutations are more likely to develop Alzheimer’s? Not necessarily, says Mucke. So far, there haven’t been studies linking BRCA1 mutations to a heightened risk of Alzheimer’s. But given these results, the connection between the two may be worth studying in more detail. Mucke says that no link may have emerged because people with cancer may have been excluded from Alzheimer’s studies.

Mucke believes the accumulation of amyloid protein (the hallmark of Alzheimer’s) might speed the depletion of BRCA. “We think amyloid probably comes first. That depletes BRCA1 and that then leads to the accumulation of DNA damage because they aren’t repaired properly. That very likely has an impact on the expression of many genes involved in learning and memory,” he says.

If the slowdown in BRCA1 happens early in life, it’s possible that the brain compensates for it by finding other ways to repair DNA damage so the effect isn’t as dramatic, even if amyloid starts to build up later in life. But if the change in BRCA1 function occurs later in life, for whatever reason — environmentally triggered mutations in the gene, for example — then the effect may be stronger because the brain hasn’t had time to find alternative ways to fix DNA damage to its neurons.

Mucke is hoping to test that theory and pursue more widespread implications of the new link he just uncovered. For example, using anti-amyloid drugs that are currently being tested may be particularly helpful in those with BRCA1 mutations, and may help them to slow down or even prevent the development of Alzheimer’s. He also wants to investigate whether women who develop BRCA1 mutations later in life and get breast cancer might be at higher risk of Alzheimer’s as well.

Even more promising, the finding could lead to new types of treatments for Alzheimer’s. “According to our study, deficits in DNA repair seem to contribute to the cognitive decline of Alzheimer’s disease,” says Mucke. “That becomes an interesting strategy for potentially improving DNA repair as a way to treat the disease, something that has not yet been widely pursued.” 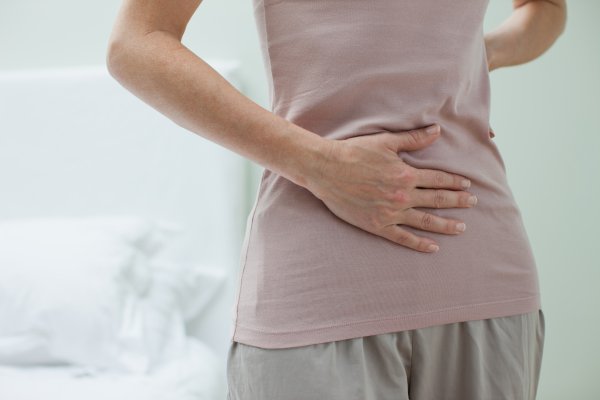 7 Things Every Woman Should Know About UTIs
Next Up: Editor's Pick