Hulu is opening a replica of Jerry Seinfeld’s Upper West Side apartment from Seinfeld in Los Angeles to ring in Festivus, the satirical holiday celebrated on the show.

Invented by George Costanza’s father Frank, this “holiday for the rest of us” involves the “airing of grievances” — rants about people who got on the characters’ nerves that year — and “feats of strength.” Instead of a decorated tree, the Costanzas would put up an aluminum pole because George’s father found tinsel distracting. The clip below highlights some of the best lines about Festivus from the sitcom:

Fans of “the show about nothing” will be able to gather around a Festivus pole at the pop up installation, which will be located at 8445 Melrose Avenue in West Hollywood from December 16 to December 20.

This pop-up installation was first debuted over the summer on West 14th Street in Manhattan, after Hulu acquired the rights to stream the hit program. In fact, it was so packed that a klutzy visitor broke the front door while trying to burst into the apartment Kramer style. Watch below: 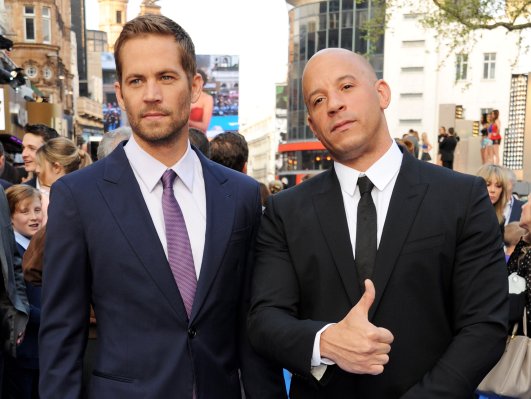 Vin Diesel Pays Tribute to Paul Walker 2 Years After His Death
Next Up: Editor's Pick