Teenage Nobel Peace Prize winner Malala Yousafzai is in second place in TIME’s Person of the Year Poll, with 5.3% of the vote. That puts her ahead of a host of world figures including Pope Francis and German Chancellor Angela Merkel.

The high school junior is an education activist who has been continuing her fight for girls’ education after she was shot in the head by Taliban militants in 2012. She won the 2014 Nobel Peace Prize for her activism, and a documentary about her life, He Named Me Malala, came out this year.

In September, Malala addressed the United Nation’s Sustainable Development Summit about the importance of girls’ education, calling on world leaders to “promise that every child will have the right to safe, free and quality primary and secondary education.” She chided the Nigerian government for failing to find the lost girls kidnapped by Boko Haram, and she asked President Obama to send books and teachers to the Middle East instead of weapons and drones. She’s second in the poll to Democratic presidential candidate Bernie Sanders, who has over 10% of the vote.

Voting on the readers’ choice poll ends Dec. 4 at 11:59 p.m., and the winner of the poll will be announced Dec. 7. TIME’s editors will choose the Person of the Year, the person TIME believes most influenced the news this year for better or worse, but that doesn’t mean readers shouldn’t have their say. Cast your vote here. 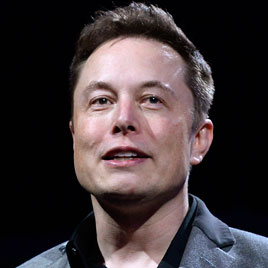 Fans Lift Elon Musk Above Tech Rivals in TIME Person of the Year Poll
Next Up: Editor's Pick