MILWAUKEE, WI - NOVEMBER 10: Republican presidential candidate U.S. Sen. Rand Paul (R-KY) speaks during the Republican Presidential Debate sponsored by Fox Business and the Wall Street Journal at the Milwaukee Theatre on November 10, 2015 in Milwaukee, Wisconsin. The fourth Republican debate is held in two parts, one main debate for the top eight candidates, and another for four other candidates lower in the current polls. (Photo by Scott Olson/Getty Images)
Scott Olson—Getty Images
Ideas
By Sen. Rand Paul
Paul is the junior U.S. Senator for Kentucky

Hillary Clinton, Marco Rubio and several other of today’s neoconservatives are the ideological heirs to an unreconstructed John Foster Dulles. Fortunately, President Dwight D. Eisenhower resisted the early recklessness of Dulles and avoided a nuclear confrontation with Russia.

As Eisenhower campaigned in 1952, America was still formulating its response to a nuclear Russia. It was a key moment in the Cold War. A moment in time when it was incredibly important that the leader of the free world be the adult in the room.

As Richard Immerman recounts in his biography of Dulles:

“The Joint Chiefs asserted that it was vital to roll back the communist bloc by means of coercion or even direct force.”

“During the 1952 campaign Eisenhower insisted that Dulles qualify his references to liberation with the phrase ‘by peaceful means.’”

Today, we have an aggressive new potentate in Russia but fortunately not the hair trigger atmosphere of the early Cold War. Nevertheless, it is important that the free world be led by a leader capable of reining in the neoconservatives by not giving them free reign to their endless ambitions to remake the world in America’s image.

Hillary Clinton, Marco Rubio and others still push the liberation foreign policy but without Eisenhower’s cautionary phrase “by peaceful means.”

The Clinton/Rubio foreign policy advocated for direct force to enact regime change in Libya and Syria. Their only difference of opinion was in the degree of direct force necessary. Clinton and Obama tend to intervene but primarily by armaments and air power. Rubio, on the other hand, beats his chest and insists we must also have American boots on the ground in Libya, Syria, Iraq, Nigeria, and anywhere else terrorism arises.

When I forced the Foreign Relations Committee to debate an authorization of military force against ISIS, Senator Rubio and McCain insisted that the new authorization be unlimited temporally or geographically. Basically, they want a war without end against an undefined enemy in an unspecified region of the world. And the legal authorization of war? That never came. So we fight on and on without any Constitutional authority. No one seems to care or dare to insist that Congress declare war as our founders intended.

Senator Rubio wrote the President at the time that he saw “no legal reason preventing” him from using his “commander-in-chief” powers to attack ISIS. His letter makes no mention of the Constitutional requirement to seek Congressional authority.

As we enter into the season of determining the next Commander in Chief, I hope voters will seek out a leader who will learn from history and not pursue a reckless policy that seeks to liberate the world but in reality traps us under a mountain of debt and beguiles us into perpetual war. 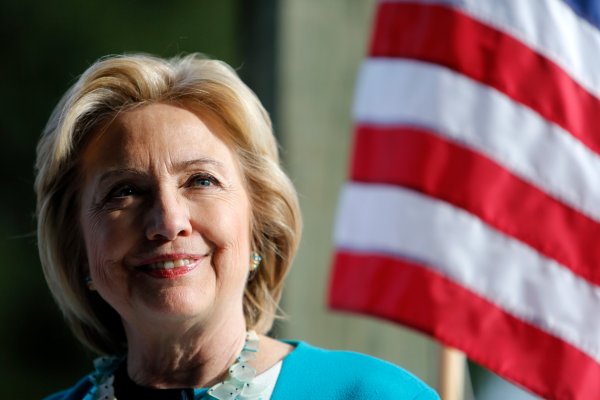 Here's Who's Winning the Presidential Race in Books
Next Up: Editor's Pick