Beijing saw its worst air pollution of the year on Monday just as China’s president joined world leaders at a landmark climate conference outside Paris.

Extremely dangerous levels of pollutants and thick smog were reported in China’s capital, prompting city authorities to issue a rare alert, halt construction work and suspend outdoor school activities, the Associated Press reported. “I felt like my lungs were blocked,” Xu Pengfei, a security guard in downtown Beijing, told the news agency. “We have to stand in the open for many hours a day, and the pollution really affects us.”

Officials issued an “orange” alert, the second highest of four danger levels, urging the city’s 22.5 million residents to stay indoors. The high levels of pollution were caused by “unfavorable” weather, the Ministry of Environmental Protection said on Sunday.

The warning came as 151 heads of state and government gathered outside Paris to begin a two-week series of climate talks. “The Paris conference is not the finishing line but a new starting point,” Chinese President Xi Jingping said Monday. “Tackling climate change is a shared mission for mankind.” 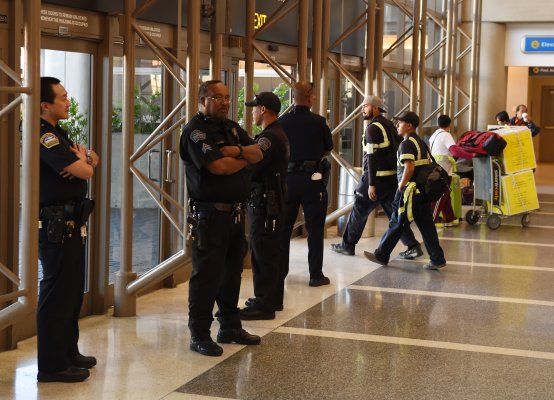 U.S. Embassy Warns of 'Imminent Attack' in Kabul
Next Up: Editor's Pick