A young Taylor Swift fan who wanted to meet her idol before losing her hearing had her wish granted over the weekend when Swift’s tour stopped in Sydney.

Australian 12-year-old Jorja Hope was diagnosed with a condition that causes progressive inner-ear hearing loss, the Maitland Mercuryreports. According to the paper, the first thing she said when she learned of the prognosis was, “I won’t be able to hear Taylor Swift sing.”

An online campaign launched by her twin sister, Chloe, states that Jorja doesn’t know when she might lose her hearing; it could be as early as next year. Jorja’s one wish was to meet Swift, so Chloe started #HelpJorjaMeetTaylorSwiftSydney to make it happen. After going viral, the sisters caught the attention of Sydney radio station Nova 96.9, who helped set up a meeting with the celeb.

“She was very, very amazing and very pretty,” said Jorja, who brought a pair of Mortels Ugg Boots from Thornton as a gift. “I didn’t expect her to be as tall as she was.”

Afterwards, the sisters watched Swift perform at her concert at ANZ Stadium in Syndey. See photos below. 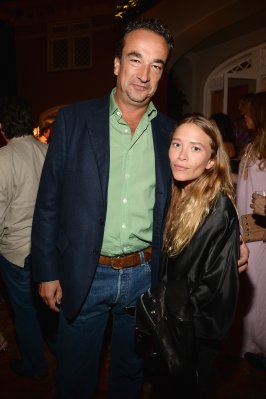 Mary-Kate Olsen and Olivier Sarkozy Are Married
Next Up: Editor's Pick