Tesla CEO Elon Musk has at least one big-name backer supporting him in TIME’s Person of the Year poll. The tech entreprenur, who is also the founder of the space exploration company SpaceX, is currently in 7th place in the reader poll, ahead of business figures such as Facebook CEO Mark Zuckerberg and Google CEO Sundar Pichai. Among his supporters is evolutionary biologist and writer Richard Dawkins, who called Musk a “brilliant engineer” and “altruistic entrepreneur” in a tweet.

Others have since joined in.

Musk’s two companies have seen a year of big ups and downs. Tesla launched its Model X line of electric SUVs and racked up more sales of its flagship Model S sedan. But the automaker also issued its largest recall ever over a seat belt issue in its Model S cars, and had its ‘Recommended’ status revoked by Consumer Reports over reliability concerns. SpaceX, meanwhile, recently landed a contract to send NASA astronauts on manned space missions starting in 2017, but also had a rocket filled with contents for the International Space Station explode in mid-air over the summer.

Voting on the reader’s choice poll ends Dec. 4 at 11:59 p.m., and the winner will be announced Dec. 7. TIME’s editors will choose the Person of the Year, the person TIME believes most influenced the news this year for better or worse, but that doesn’t mean readers shouldn’t have their say. Cast your vote here. 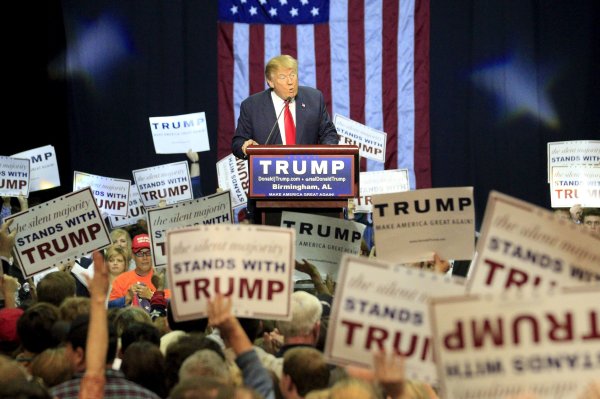 Donald Trump Challenges TIME to Make Him Person of the Year
Next Up: Editor's Pick