Protests erupted outside a Baltimore courthouse Monday as jury selection began for the first of six police officers being tried in the high-profile death of Freddie Gray.

Some of the roughly 50 protesters could be heard shouting “All night all day! We will fight for Freddie Gray!” as prospective jurors were being screened for Officer William Porter’s trial, the Washington Post reported.

Gray, 25, died in April after suffering an injury in the back of a police transport van, sparking protests in the city and across the nation.

He’s accused of failing to get medical help for Gray during the 45-minute transport. Officers found Gray unresponsive at the end of the trip. He died a week later.

All of the roughly 70 potential jurors said they were aware of the Gray case when asked Monday by a judge, the Washington Post reported.

The trials come after Baltimore officials announced the city had reached a $6.4 million civil settlement with Gray’s family.

“Everything is at stake. The future of the city is at stake,” Police Commissioner Kevin Davis said, according to the Associated Press. 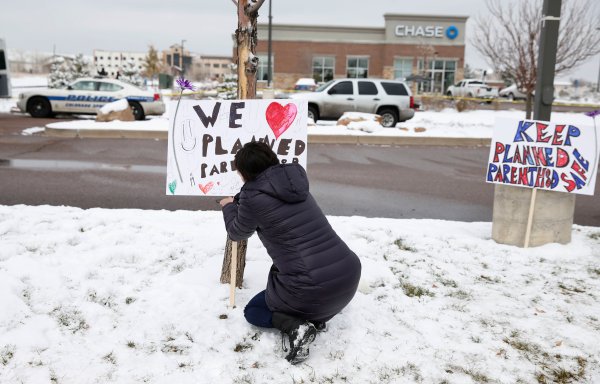 Army Veteran Died While Trying to Save Lives in Planned Parenthood Shooting
Next Up: Editor's Pick