Adele’s 25 Debuts at No. 1 With Record-Smashing Sales

Adele’s record-shattering first-week album sales for 25 have earned her the No. 1 spot on Billboard 200 chart.

According to Billboard, the set earned 3.48 million equivalent album units in its first week — 3.38 million of which were pure album sales.

It’s Adele’s second No. 1 album, following her 2011 smash 21, which also returned to the top 10 for the first time in nearly two and a half years. That album has now spent 82 nonconsecutive weeks in the chart’s top 10.

The original story on Adele’s big week is below.

Hello from the top of the world! It’s Adele, breaking all the records, selling all the albums, and crushing every artist’s sales in her path.

The first-week sales are in for 25, the collection Adele released on Nov. 20, and they’re staggering. The album sold a record-setting 3.38 million copies in the U.S. in its first week, Billboard reports, marking the largest sale week for an album since Nielsen SoundScan began tracking sales in 1991 and making 25 the first album to sell more than 3 million in a single week.

As of Tuesday, Adele had already sold 2.433 million albums and broke the single-week sales record, which was previously held by *NSYNC’s No Strings Attached, released in 2000. (They graciously ceded her the honor.) That number rose to 3 million as of Thursday.

Adele’s collection is far and away the top selling album of the year. The only album that’s come close so far is Justin Bieber’s Purpose, which beat out One Direction’s Made In The A.M. for the No. 1 spot in last week’s charts. At that time, it had sold 649,000 units. 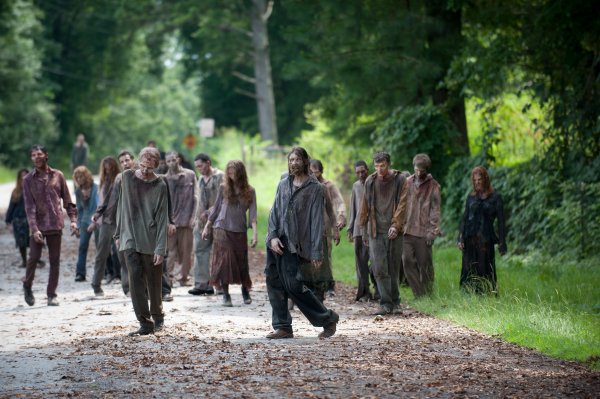 The Walking Dead: Did the Midseason Finale Satisfy?
Next Up: Editor's Pick