Fatal Guesswork: Why the U.S. Military Attacked that Afghan Hospital

Army General John Campbell looked stricken Thanksgiving Eve as he detailed how U.S. troops blasted away at an Afghan hospital last month, killing 30. His grim visage made clear that he’d rather have been any place in the world other than that podium in Kabul. Unfortunately, he wasn’t the first American commander to face second-guessing spotlights, highlighting in hindsight what now seems so obvious: how could such a snafu have happened?

The Oct. 3 attack on the Médecins Sans Frontières (Doctors Without Borders in English) hospital in the northern Afghan city of Kunduz has disturbing echoes of two other mistaken attacks by the U.S. military: the 1988 shoot down of Iran Air 655, killing 290 innocent civilians over the Persian Gulf, and the 1994 destruction of a pair of U.S. UH-60 Black Hawk helicopters over northern Iraq, killing 26, including 15 Americans.

None of these occurred amid the so-called “fog of war.” Each happened in what might be called the “haze of war,” where one additional check, carried out correctly, should have averted catastrophe. To be sure, each mistake in that trio of tragedies had unique elements that make them risky to lump together. But they also share a similarity that needs to be acknowledged to reduce the chance of another one happening again. The hardware designed to kill performed flawlessly. It was the judgment of those pulling the trigger that was flawed.

Worked Perfectly: The Vincennes fires the same kind of missile it used to down Iran Air 655 (Navy photo)
Navy photo

The USS Vincennes shot down the Iranian airliner 14 months after the Iraqi air force attacked the USS Stark in the Persian Gulf, killing 37 sailors. That put commanders in the Gulf on edge. After a skirmish with a pair of Iranian gunboats, the Vincennes crew said they feared the airplane approaching their vessel on July 3, 1988, was an Iranian F-14 fighter, and not an Airbus A-300. Five sailors sitting at five screens said they witnessed the Airbus descending toward their ship, as if on an attack mission. So at 10:24 a.m. on July 3, 1988, the Vincennes fired a pair of Standard surface-to-air missiles at the approaching aircraft. One hit the plane, destroying it.

Data recorded during the shoot down showed the plane was climbing the entire time, after taking off from the Iranian airport at Bandar Abbas seven minutes earlier. It was on a routinely scheduled 28-minute flight across the gulf for the international airport at Dubai, United Arab Emirates.

The official investigation concluded that “the data from USS Vincennes tapes … corroborate the fact that [Iran Air Flight 655] was on a normal commercial air flight plan profile, in the assigned airway, squawking Mode III 6760, on a continuous ascent in altitude from take-off at Bandar Abbas to shoot-down.” In other words, the Vincennes‘ crew overlooked or disregarded signs that the plane approaching their ship was not an F-14 fighter. The Navy’s official probe said the five sailors who thought their ship was under attack were engaging in “scenario fulfillment” caused by “an unconscious attempt to make available evidence fit a preconceived scenario.”

“How information is processed (and by whom) is at the heart of the problem,” Navy Commander David Carlson, skipper of the U.S. Navy warship closest to the Vincennes, said a year after the shootdown. “View it as you will, Iran Air Flight 655 was shot down for no good reason.”

Six years later, on April 14, 1994, a pair of F-15 fighters shot down two U.S. Army UH-60 Black Hawk helicopters, believing them to be Iraqi aircraft violating the U.S.-imposed no-flight zone over the northern part of the country. Once again, a string of errors led to the tragedy. Unlike the Iran shoot down, these choppers—regardless of their nationality—posed no threat to the F-15s. The pilots’ decision to impose capital punishment on all aboard suggests they knew what they were shooting at. But they did not: while the two F-15 pilots said they thought they were targeting Soviet-built Mi-24 Hind helicopter gunships, they shot down a pair of Black Hawks, complete with U.S. flags painted on their sides. They were too far away, and flying too fast, to identify the aircraft they ended up destroying.

Beyond the initial misidentification, the crew aboard a nearby AWACS command-and-control plane failed to intervene. The identification-friend-or-foe electronics that should have told the F-15 pilots that the UH-60s were friendlies also didn’t work. And the poor integration of the Army choppers into the Air Force’s no-fly-zone operations doomed those aboard the choppers.

Air Force officials said “the tactical environment did not warrant a rush to judgment,” a 1997 General Accounting Office report said. “…The F-15 pilots had acted too hastily and should have asked more questions…the pilots had an unnecessarily aggressive attitude toward the intercept and shootdown.”

Part of the rush to judgment, the Air Force found, was that a pair of F-16 fighters would soon arrive in the area the F-15s were patrolling. U.S. military officials overseeing the Pentagon’s operations over northern Iraq “acknowledged that a rivalry existed between the F-15 and F-16 communities,” the GAO report said. “At the time of the shootdown the rivalry had become more pronounced and intense.”

Wait a minute—weren’t these pilots on the same side? “The Combined Task Force Commander attributed this atmosphere to the F-16 community’s having executed the only fighter shootdown in Operation Provide Comfort and all shootdowns in Bosnia,” the GAO found. Waiting for the F-16s’ arrival would slow down—perhaps halt—the F-15s’ attack, “ruining the pilots’ chances for a shootdown.”

Likewise, the Oct. 3 attack on the hospital by an Air Force AC-130 gunship happened only after a string of errors. Some of them, according to Campbell, included:

— The aircraft launched without conducting a normal mission brief or securing crucial mission essential related materials, including the no-strike designations which would have identified the location of the MSF trauma center.

— When the aircrew entered the coordinates into their fire-control systems, the coordinates correlated to an open field over 300 meters from the NDS [National Director of Security building, where Taliban fighters had been battling Afghan forces for five days] headquarters…This mistake happened because the aircraft was several miles beyond its normal orbit and its sensors were degraded at that distance.

— The aircrew visually located the closest, largest building near the open field, which we now know was the MSF trauma center.

— The aircrew concluded, based on the [U.S. Special Operation’s target spotter’s] description of a large building near a field, that the MSF trauma center was the NDS headquarters.

What all three tragedies share is what motorists call “driving beyond your headlights”—going so fast at night that you don’t have time to stop if your headlights reveal something blocking the road ahead. These military accidents suffered from the same shortsightedness. Basically, the U.S. military’s firepower is so good—so lethal—that it must be used carefully, especially when there is no imminent threat to allied forces. And an “imminent threat”—as Iran Air 655 shows—can be in the eye of the beholder.

In each case, technology that should have applied brakes to the deadly decision wasn’t working properly, or wasn’t interpreted properly by those involved. Each time, a human made the initial wrong decision that culminated in disaster.

There is no known technology to prevent that. 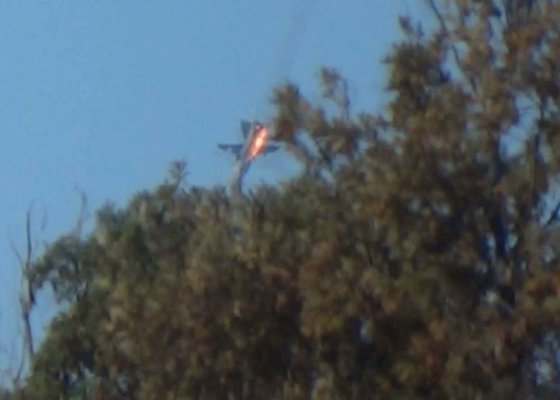