We Must Understand Why Some Muslims Turn Radical

The horrendous attacks on Paris, Beirut and Mali, and a range of events taking hold of Iraq, Syria and the African Sahel, make confronting and freeing ourselves from the scourge of terrorism an international priority. But to do so, we must first understand it. The OIC (Organization of Islamic Cooperation), a 40-year-old political organization with 57 member states, has consistently been at the forefront of the fight against terrorism. The OIC was one of the first to recognize the phenomena and formulate a policy against it. It issued a convention and a code of conduct on combatting international terrorism in 1999 and has not relented in its effort since.

The OIC has sought to combat terrorism by first understanding its root causes, including political context, socio-economic environment, cultural surrounding and its ideological discourse. We also believe religion and sect are not causes of the phenomena, but tools used by its actors. This understanding is not unique to the OIC. It is shared by other organizations, governments and is emphasized in many a communique. Yet, current efforts to defeat groups like DAESH (the more pejorative Arabic acronym for ‘ISIL’) revolve predominantly around military action with the exception of limited humanitarian support.

The commitment to exploring political, economic and cultural solutions on the other hand, has barely gone beyond lip-service. Such understanding is key if the effort to defeat extreme violence and terrorism is to succeed.

Take the root political causes of sectarian extremism in Iraq for example. The country’s state institutions, bureaucracy, security apparatus, army and the Baath Party were all dismantled by those governing Iraq since its 2003 invasion. This, coupled with a discourse reflecting sectarian and ethnic divisiveness was aggressively promoted. Iraqis were no longer identified as Iraqis, but as Shia’s, Sunnis, Kurds and Arabs. A planned approach of marginalization and exclusion followed and has intensified up until today.

In Deraa, Syria, a peaceful demand for a less oppressive system was met with a brutal response from President Assad’s security apparatus. There was no DAESH or Jabhat-Al-Nousra at the time. But the inaction of the international community which left Syria to the brutality of the Syrian armed forces created an extreme reactionary discourse. So what are we doing to address these political realities that have precipitated the new wave of violent extremism that threatens us all? How well are we building institutions in Iraq? Can the notion of a Syrian led political process succeed without a political institutional roadmap? If we wish to learn from our failures in Iraq, can a political process in Syria really be complete without including all of Syria’s various social and political reality?

Take another case of how the prevalence of violent extremism is tied to socio-political and economic factors. If one tours the streets of Madigori in Borno, Northern Nigeria, one would notice hordes of young men aimlessly roaming the half-broken streets, with little hope, purpose or future. They make ready recruits for extremists who can promise income, a sense of purpose and belonging. This region of Nigeria, the Sahel region, Northern Mali, Somalia are all areas infested with extreme organizations. They require economic uplifting, labour intensive projects that create skills, provide income and replace the narrative of hopelessness. Has our collective fight against violent extremism really spent the time and resources to deal with such underlying conditions?

Combatting violent extremism also calls for dismantling the ideology of the movements that falsely claim to represent Islam. That means promoting Islam’s message of equality, justice, individual responsibility and freedom. Islam’s ethos could not be otherwise with Muslims accounting for one-fourth of humanity and with a civilization that was one of history’s most inclusive. It requires us to believe those countries and powers that have interest in the crisis areas can free themselves from their own political conventions. It also requires Muslims intellectuals to shake off their lethargy and seek their own Islamic modernity. None of this will work however, if we ignore the oppression that can lead to radicalisation. If, for instance, the international community keeps closing its eyes to the plight of the Palestinians, if it continues to lack the political will to confront an Israeli government that breaches international law, Palestine will always be used to convince impressionable young recruits to change an unjust world through violence. Whilst we must focus on military solutions, we must also ask the harder questions and address the deeper root causes of terrorism. Doing so could one day mean a world without DAESH.

Finally, we should not forget that those movements which falsely use Islam to legitimize their atrocities are as representatives of Islam, as different cultural manifestations of terror is representative of other cultures and religions.

Iyad Ameen Madani is Secretary General of the Organization of Islamic Cooperation. 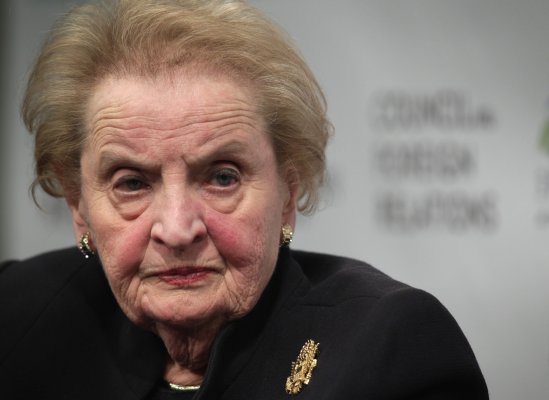 ISIS Wants Us to Think Refugees Are the Enemy
Next Up: Editor's Pick