Apparently, Benedict Cumberbatch — a.k.a. Sherlock Holmes and the Sorcerer Supreme — looks a lot like an otter, as some fans have noted in photo comparisons matriculating throughout the Internet. When the actor visited The Graham Norton Show on Friday with Johnny Depp, the host decided to pay tribute to the viral gods with even more side-by-side comparisons.

As shown in a clip from the segment, Norton pulled up various photos of otters — including one group shot — so Cumberbatch could replicate the poses. “Is this a casting for my next role as an otter?” the actor asked, to which Norton joked, “You’re in it.”

Black Mass, which stars Depp as gangster James “Whitey” Bulger and Cumberbatch as Billy Bulger, hit U.K. theaters this past week. Because of that, Cumberbatch was all too hip as to why he was subjecting himself to such antics. “People [who] like the viral pictures of me and an otter will go and see a film about a violent gangster. Yay!”

Viral bait aside, at least we have more otter pics. Watch the video below to see them all. 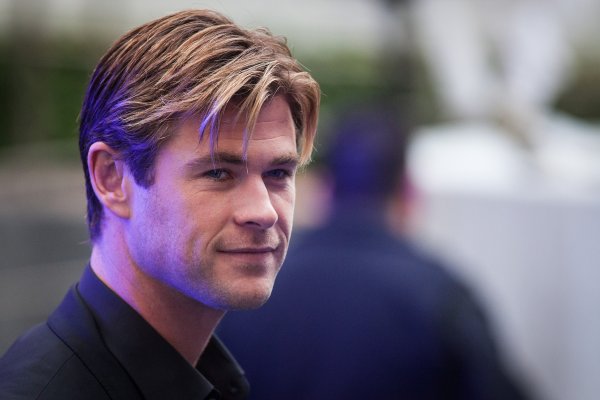 Chris Hemsworth Paid Off All of His Parents' Debts, Brother Reveals
Next Up: Editor's Pick