U.S. Republican presidential candidate Donald Trump watches as a member of the audience is removed from his rally in Sarasota, FL Nov. 28, 2015.
Scott Audette—Reuters
By Michael Scherer

Donald Trump called Saturday for the New York Times to apologize to him for suggesting that he mocked the physical disability of a reporter at the newspaper.

“I would never mock a person that has a disability,” he said. “I don’t care if I liked the person or I didn’t.”

At a rally in South Carolina on Nov. 24, Trump waved his hands crookedly by his chest when discussing a 2001 news article by Serge Kovaleski that mentioned reports of Muslims celebrating the terrorist attacks that toppled the World Trade Center. Officials in New Jersey have since said those reports were unfounded and unconfirmed. Kovaleski suffers from a congenital condition which limits mobility and muscle development in his joints.

A representative for the New York Times subsequently condemned Trump’s pantomime. “We’re outraged that he would ridicule the physical appearance of one of our reporters,” the statement said.

In an apparent effort to show his sensitivity to the disabled, he said he had researched the politically correct ways to talk about physical disabilities. “Never say a disabled person or the disabled. Say a person with disabilities. Never use the term handicap parking. Use the term accessible parking even though people have handicap permits,” Trump said. “We want to be politically correct.”

Trump often denies political correctness at his rallies, saying it takes too long.

Previously Trump tweeted that he did not know Kovaleski or “what he looks like.” On Saturday, he said he may have met Kovaleski in the 1980s, but does not remember. 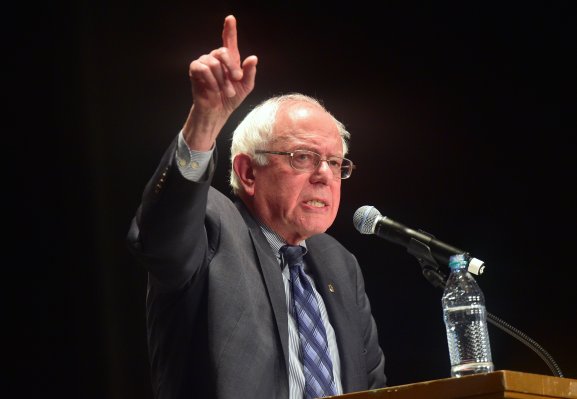