An attendee tries Google Glass during the Google I/O developer conference in San Francisco, CA on May 17, 2013.
Justin Sullivan—Getty Images
By Victor Luckerson

Google Glass may not have been a success, but the search giant is still trying to make a wearable gadget that people actually want to buy. And, according to a patent the company was granted this week, that future gadget might be a monocle of sorts.

The device seems to offer much of the same functionality as Google Glass, Google’s smart glasses that were shelved indefinitely as a consumer product earlier this year, CNET reports. Unlike Glass, though, the new device only attaches to one side of the user’s head and displays images and videos above a single eye. If created, the device could face some of the same challenges as Glass, which riled privacy concerns among many people who found the product distracting or creepy.

Though Google’s patent was granted, there’s no guarantee the company will actually develop the monocle. Pleny of patented ideas never actually see the light of day. However, there’s no doubt the company is very interested in creating wearables that will convince people to use the company’s myriad services more regularly. Google has been experimenting with a mic-enabled lapel pin, for instance, that works like the communicator badge in Star Trek. 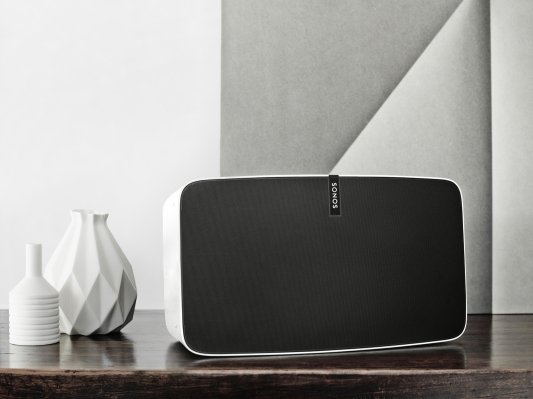 This Is the Best Wireless Speaker I've Ever Heard
Next Up: Editor's Pick