It wouldn’t be Twitter without J.K. Rowling weighing in on something related to Harry Potter.

On Friday, Rowling answered a fan question about why Harry Potter named one of his sons after Severus Snape.

“Snape died for Harry out of love for Lily [Harry’s mother]. Harry paid him tribute in forgiveness and gratitude,” she wrote.

Rowling’s answer set off a debate among Potter fans, as Snape has long been considered one of the story’s most polarizing figures.

“I’ve got to say this: you lot have been arguing about Snape for years,” Rowling wrote on Twitter after discussing Snape. “My timeline just exploded with love & fury yet again. Never change.” As fans continued to question the decision to have Potter name his child after Snape, Rowling added, “There’s a whole essay in why Harry gave his son Snape’s name, but the decision goes to the heart of who Harry was, post-war.”

She later elaborated on Snape as a character. “Snape is all grey. You can’t make him a saint: he was vindictive & bullying. You can’t make him a devil: he died to save the wizarding world,” she wrote. “In honoring Snape, Harry hoped in his heart that he too would be forgiven. The deaths at the Battle of Hogwarts would haunt Harry forever.”

After taking a brief break, Rowling returned to Twitter to discuss Snape further. “Snape didn’t die for ‘ideals,’” she wrote. “He died in an attempt to expiate his own guilt. He could have broken cover at any time to save himself, but he chose not to tell Voldemort that the latter was making a fatal error in targeting Harry. Snape’s silence ensured Harry’s victory.”

And as for why Potter wanted to honor Snape, Rowling wrote, “Harry chose to perpetuate the names of the two who had nobody in their families to do so.” Potter named his child Albus Severus Potter. 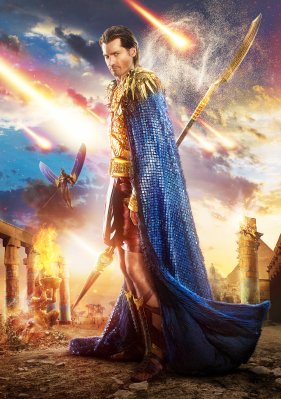 Gods of Egypt Director and Studio Apologize for Film's Lack of Diversity
Next Up: Editor's Pick