The carcass of livestock on Nov. 11, 2015, in Ladysmith, South Africa. The northern districts of KwaZulu-Natal have been severely affected by what is considered as the worst drought since 1992
Sunday Times—Getty Images
By Joanna Plucinska

A new poll released ahead of the U.N.-led climate change conference in Paris says that support around the world for an ambitious global climate-change deal has slipped in recent years.

Only four of the 20 countries surveyed displayed majority support for setting lofty targets for the upcoming conference, according to the BBC.

Less than half of the people surveyed considered climate change a “very serious” issue, according to the GlobeScan research group, the BBC reports.

In 2009, the same poll showed that 63% were seriously concerned about climate change.

A thousand individuals were surveyed in each of the 20 countries involved in the study, the BBC says.

World leaders are hoping to achieve an actionable climate-change plan at the COP 21 Paris conference beginning on Nov. 30.

The Copenhagen climate conference, held in 2009, failed to do so. 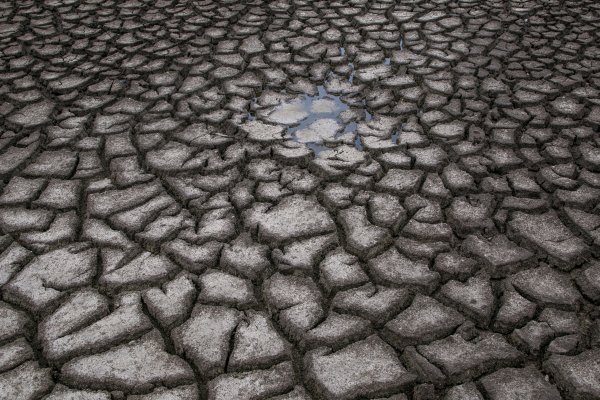 2015 Has Been the Hottest Year Ever Recorded
Next Up: Editor's Pick