Drake performs before a game between the Toronto Raptors and the Cleveland Cavaliers on Nov. 25, 2015 in Toronto, Canada
Ron Turenne—NBAE/Getty Images
By Amanda Michelle Steiner / EW

The next time Drake’s hotline bling, it might be Adele calling from her flip phone.

“I’d do anything with Adele,” the rapper told reporters in Toronto on Wednesday night while in town for a Raptors game. “I’d literally go to Adele’s house right now and do laundry for her.”

His comments were made in response to Adele’s recent declaration that she’d love to officially remix “Hotline Bling.” “I had a drink like three weeks ago [with] my best friends, in fact it was to celebrate ‘Hello,’ ” she said. “And I was off my face because I don’t really drink anymore, and they’ve got video of me dancing to [‘Hotline Bling’] on a coffee table as well.” And she’s no casual fan of the track — she even ordered the red coat he wore in the music video that was made to be meme’d.

Drake even appeared to Instagram his support for the idea earlier this week. So … can we make this happen, or what? 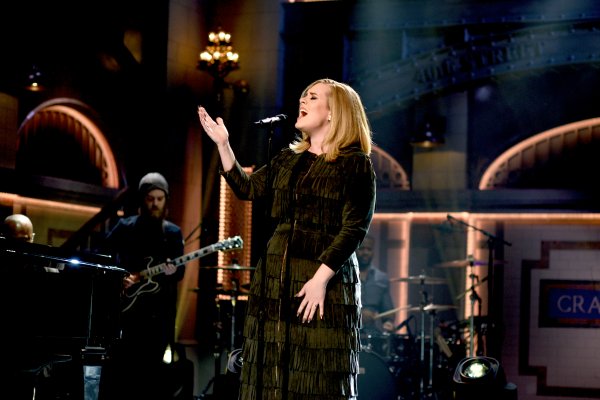 Adele's 25 Surges Past 3 Million in Sales in the U.S.
Next Up: Editor's Pick