And, like a lot of real brothers, these two never really got along.

The new trailer for Captain America: Civil War has dropped, showing the first footage of the true-blue hero breaking from the powers that be, and turning against the man in the metal suit: Iron Man.

Their dispute is the age old question of security versus liberty.

The havoc of the past 12 movies in the Marvel Cinematic Universe has left civilians anxious about all these powerful beings roaming the planet. And after the city-state of Sokovia was ripped from the Earth inAvengers: Age of Ultron, the governments of the world have forged accords that would require all would-be heroes to prove their goodwill by working under strict oversight.

Steve Rogers, who in Captain America: The Winter Soldier discovered S.H.I.E.L.D. was corrupt at the top, has no faith left in bureaucracy and government. Tony Stark, whose recklessness unleashed Ultron on the world, is ready to accept some boundaries – and he’s willing to war with Cap to make sure he goes along with it. Mainly, Rogers just wants to protect his old friend, Bucky Barnes (Sebastian Stan), who is trying to come back from the brainwashing that turned him into the villain and assassin known as the Winter Soldier.

Chris Evans and Robert Downey Jr. joined forces to reveal the teaser trailer for the May 6, 2016 movie on ABC’s Jimmy Kimmel Live, one night after the late-night host brokered a truce between feuding Star Wars actors Harrison Ford and Chewbacca. For a comedian, he’s a good peace negotiator.

The movie, directed by The Winter Soldier filmmakers Joe and Anthony Russo, was inspired by the seven-part storyline written by Mark Millar in 2006-07 which pitted heroes against heroes in a crossover event that had the entire world of characters choosing up sides behind either Captain America or Iron Man. That happens in this movie, too, with veteran characters Black Widow, Falcon, Hawkeye, Ant-Man, and Scarlet Witch, among others, taking up arms against each other.

A new figure is in the mix, too. Chadwick Boseman’s Black Panther – whose allegiance is far from set – makes his MCU debut in film (and can be seen in the new trailer for the first time).

Check out the film’s new poster below, and head here for a deep-dive on the new trailer. 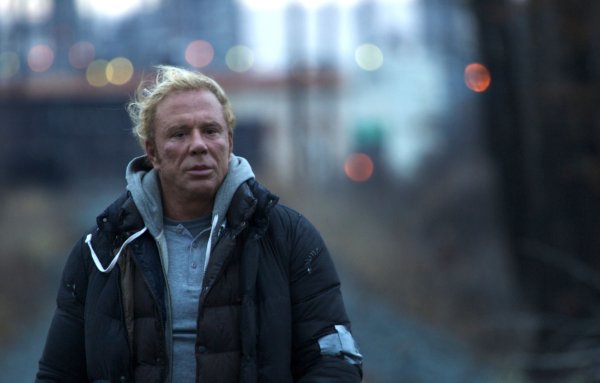 30 of the Greatest Sports Movies of All Time
Next Up: Editor's Pick