President Obama sought to reassure Americans that the country is safe as travelers prepare to hit the roads and the sky for Thanksgiving trips.

“I know that Americans have been asking each other whether it’s safe here, whether it’s safe to fly,” Obama said in a brief public statement on Wednesday, less than two weeks after terror attacks in Paris left 130 people dead and evoked comparisons to 9/11. “As we go into Thanksgiving weekend, I want the American people to know we are taking every possible step to keep our homeland safe.”

The President said his intelligence and security teams have assured him there is no existing credible plot against the U.S., and officials are working “constantly” and “continually” to thwart attacks.

“So as Americans travel this weekend to be with their loved ones, I want them to know that our counterterrorism, intelligence, homeland security, and law enforcement professionals at every level are working overtime,” Obama said before urging people to be “vigilant” using the familiar adage, “if you see something, say something.”

Obama—who was flanked by members of his national security team, including Attorney General Loretta Lynch, FBI Director James Comey, National Security Adviser Susan Rice and Secretary of Homeland Security Jeh Johnson—also touted the international coalition that is fighting the Islamic State of Iraq and Greater Syria (ISIS) abroad. In the wake of Obama’s meeting with French President Francois Hollande on Tuesday, Obama said the U.S. is “stepping up” to further assist France in attacks against the terror network.

“We are stepping up pressure on ISIL where it lives and we will not let up,” Obama said.

Obama emphasized that Americans should not be overwhelmed by fear of attacks at the holiday season begins.

“While the threat of terrorism is a troubling reality of our age, we are both equipped to prevent attacks and resilient in the face of those who would try to do us harm,” Obama added. “That is something we can all be thankful for.” 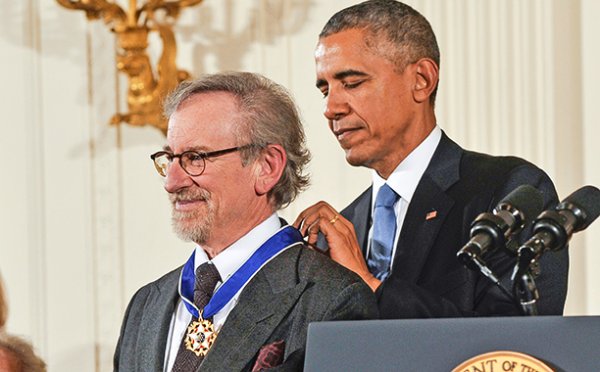