When the Environment Was a Non-Partisan Issue

A plant in Saltville, Va., that for decades dumped its calcium chloride effluent into the North Fork of the Holston River which flowed past the plant. In 1970 the company announced it could not meet the new Environmental Protection Agency (EPA) water pollution standards and would close the plant.
Robert Alexander—Getty Images
By Lily Rothman

As world leaders meet in Paris to discuss the future of the Earth and its climate, environmental issues tend to play out along partisan lines in the United States.

Things were far different 45 years ago, when the Environmental Protection Agency began operations on Dec. 2, 1970. The agency was created by President Richard Nixon, a Republican who had made the environment one of his signature causes.

“The great question of the ’70s is,” Nixon had said in his State of the Union address earlier that year, “Shall we surrender to our surroundings or shall we make our peace with nature and begin to make reparations for the damage we have done to our air, to our land and to our water?”

And, TIME pointed out shortly after, the nation’s reaction, on both sides of the aisle, was a sigh of relief:

That “visible decay” was key: pollution by the end of the 1960s was something you didn’t have to be a scientist to see. Astronauts had reported observing smog from space. Rivers caught fire within view of large cities. In some places, the snow fell black. (Since then, many of the most noticeable kinds of pollution—air quality, for example—have improved, though invisible pollution still exists.) The first Earth Day was held, and polling showed that pollution was seen as the most serious problem facing American communities.

The establishment of the Environmental Protection Agency was a matter of consolidating 15 parts of five agencies that had previously been working–and often competing–on their own. As TIME explained, the hope was that a strong federal agency would make it so that environmental regulations were not state-by-state, a system that had previously left states fearful that enacting their own rules would make them lose business. The new EPA was well-funded at $1.4 billion—which, adjusted for inflation, is more than the EPA’s 2015 budget.

Despite the increase in partisanship and the loss of funding, the EPA still has reason to celebrate its 45th birthday: its first chief just received a Presidential Medal of Freedom.

Read more about environmentalism in 1970, here in the TIME Vault: Fighting to Save the Earth From Man 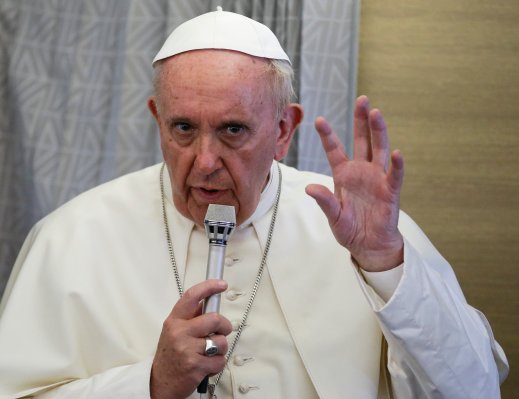