Sweden Will Seriously Restrict the Number of Refugees It Accepts

Police organize the line of refugees on the stairway leading up from the trains arriving from Denmark at the Hyllie train station outside Malmo, Sweden, on Nov. 19, 2015
Johan Nilsson—AFP/Getty Images
By Nash Jenkins

Swedish Prime Minister Stefan Lofven said on Tuesday that the country will curtail its liberal asylum policies, saying it is “no longer capable” of accommodating the droves of refugees who continue to flock there.

New temporary legislation will restrict the number of migrants seeking asylum to the “E.U. minimum” and restrict their right to bring their families into Sweden, the Guardian reported. Passengers aboard the country’s transit systems will face identity checks.

Roughly 10,000 migrants have arrived in Sweden every week since this autumn; some estimate that as many as 190,000 will have entered the country by the end of the year.

“The situation is untenable,” Lofven told reporters. “Now, to put it bluntly, more people will have to seek asylum and get protection in other European countries.”

The announcement of the legislation comes two weeks after the country introduced stricter border control policies, which forbade migrants from using Sweden as a waypoint en route to other countries. 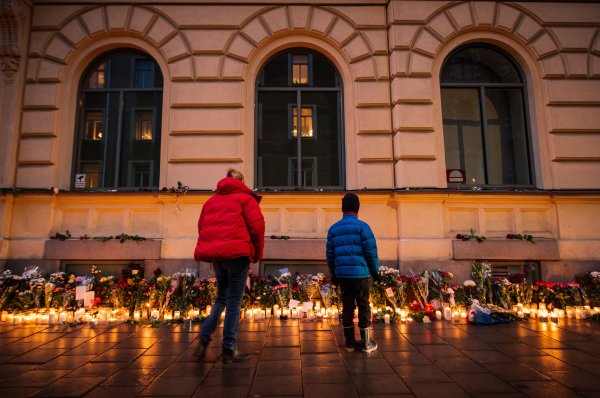 Sweden: Terror Threat Raised to Highest Lever Ever
Next Up: Editor's Pick