The deadly incident occurred just before 10 p.m. on Oct. 20, 2014, after police were told that an individual was carrying a knife and breaking into vehicles on Chicago’s Southwest Side. Officers also reported that McDonald slashed the tires of a squad car before the shooting occurred. The 7-minute video taken from a police dash cam first shows McDonald running in the middle of Pulaski Road, a four-lane street, apparently carrying a knife in his right hand. As police cars surround McDonald, one officer exits his vehicle and shoots McDonald from a distance of roughly 10 to 15 feet while McDonald appears to be walking at a diagonal away from the police.

As shots are fired, McDonald spins around and falls to the ground. While McDonald lies on the street, video appears to show the teen being struck several more times as his body jerks and white puffs of smoke become visible. About 15 seconds elapse between the first shots and what seem to be the last. An officer then appears to kick away the knife McDonald was said to be carrying.

After the shooting, police told reporters that McDonald lunged at officers before he was shot and that he had been given orders to drop the knife. Police also said he had PCP in his system.

Chicago prosecutors charged Officer Jason Van Dyke with first-degree murder charges on Tuesday in McDonald’s death, hours before the video was released. Cook County State’s Attorney Anita Alvarez said she moved up the announcement of charges against Van Dyke after a judge ruled last week that the video, which was part of a Freedom of Information Act request, should be released by Nov. 25.

Matthew Topic, who represents the freelance journalist who requested the video be made public, told TIME that the video should have been released sooner and that he hoped it would spur overhauls in the way the Chicago Police Department disseminated information about police-related shootings.

“I’m pretty disgusted at what it took to get this video,” Topic says. “It shouldn’t have taken a lawsuit.”

City officials have been concerned that violence like what has occurred in Ferguson, Mo., and Baltimore, Md., over other deadly police shootings could occur following the video’s release. Protesters in Chicago began marching through the streets shortly after the video was made public. Several hundred people blocked traffic, with some circling police cars in an intersection and chanting “16 shots.” 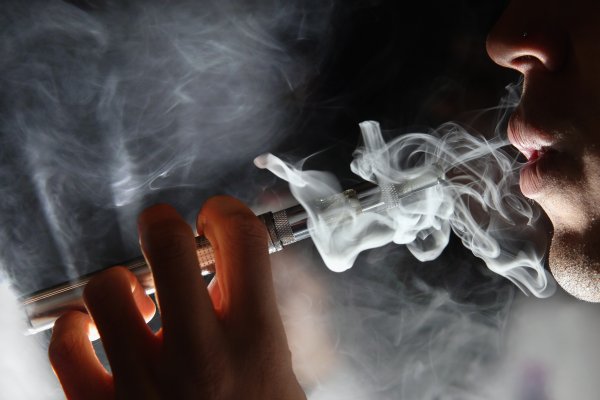