Two college students in Michigan have confessed to scrawling “white power” in the snow on several cars on campus, school officials said Tuesday.

The racist messages, which also included swastika drawings, were etched late Sunday on a half-dozen vehicles parked in a lot at Calvin College, a private Christian institution in Grand Rapids.

The students, whose names have not been released, admitted responsibility after they were identified, Le Roy said.

Le Roy said the students would face a “disciplinary process,” but did not offer any more details. Calvin College did not immediately return requests for additional comment.

“This act, like all sins, is reprehensible in God’s sight,” he added.

The head of the college had condemned the messages in an earlier statement. Hundreds gathered at a chapel on campus Tuesday to pray and pledge to oppose racism, according to the school.

“Hateful acts such as these violate the image of God in all people, exhibit the sin and brokenness we experience in human community and have no place at Calvin College,” Le Roy said.

Calvin College has nearly 4,000 students, according to its website. About 14 percent of the student population is considered “U.S. ethnic minorities,” the site says. 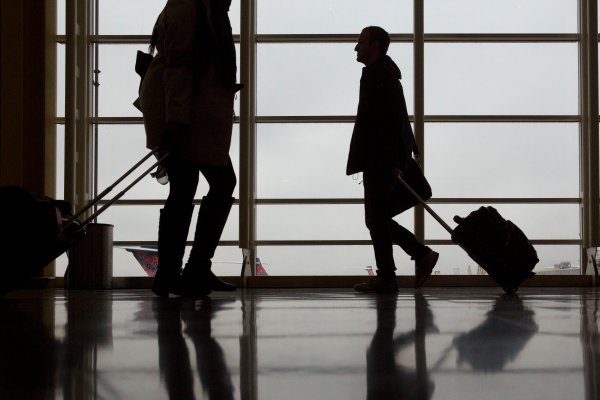 What to Know About Thanksgiving Travel
Next Up: Editor's Pick