Here's Why Will Smith Turned Down Django Unchained

Actor Will Smith attends a screening of "Concussion" at Regency Village Theatre on November 23, 2015 in Westwood, California.
Jason LaVeris—FilmMagic/Getty Images
By Lucy Wang

Will Smith has revealed why he turned down the titular role in the Oscar-winning Django Unchained, explaining the creative differences between himself and director Quentin Tarantino.

Smith said he wanted to make the gory tale of revenge into a more romantic movie about a “guy that learns how to kill to retrieve his wife that has been taken as a slave,” he said during The Hollywood Reporter’s annual actor roundtable. “I wanted to make the greatest love story that African-Americans had ever seen.”

The actor reached for a current symbol of violence to explain why he preferred a “love story” approach over a “vengeance story” one. “We can’t look at what happens in Paris [the terrorist attacks] and want to f— somebody up for that,” Smith said. “Violence begets violence. So I just couldn’t connect to violence being the answer. Love had to be the answer.”

“No, man. I don’t have issues with violence in movies. I like those stories,” Jackson said. “I was really disappointed when I was sitting there, watching Sicario. I wanted to see those kids’ heads explode. (Laughs)” 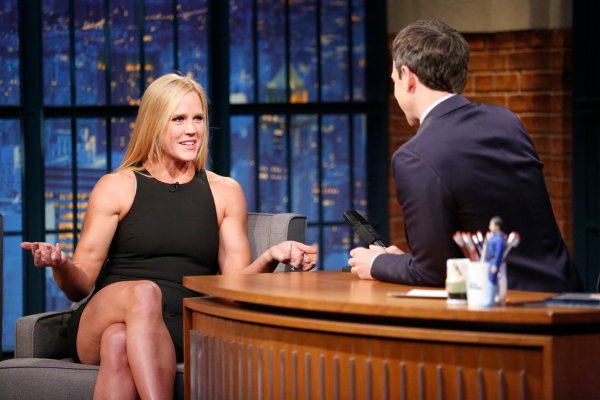 Beyoncé's Name Is Clearly Not Important to MMA Fighter Holly Holm
Next Up: Editor's Pick