Why Pope Francis Is Visiting an Active War Zone

Pope Francis leaves at the end of his weekly audience at The Vatican on November 18, 2015 in Vatican City, Vatican. The Pontiff focused his catechetical reflections on the upcoming Extraordinary Jubilee Year of Mercy, which opens on December 8th, the Solemnity of the Immaculate Conception.
Franco Origlia—Getty Images
By Elizabeth Dias

Archbishop Franco Coppola, Pope Francis’ ambassador to the Central African Republic, will host the Holy Father for his 26-hour visit to Bangui on November 29. During his short stay, Pope Francis will visit a refugee camp, talk with government leaders, confer with bishops and evangelical communities, celebrate mass and meet with the Muslim community at a mosque.

The Pope’s visit—during Pope Francis’ first-ever trip to Africa—follows stops in Kenya and Uganda and will be the Pope’s first to an active war zone. It comes weeks before CAR’s scheduled national elections, which have been repeatedly postponed as the country that has been rocked by religious and political conflict.

“Nobody likes change, and there’s a certain amount of resistance and opposition but it’s a step that the country must take if it wants to move forward,” Coppola says. “Hopefully the Pope’s reconciling message will have a positive impact in this regard.”

Coppola shared thoughts on the trip’s significance—with connections to politics, inter-religious dialogue, even polygamy and witchcraft—with TIME via email. This interview is edited for length.

How would you describe the political significance of Pope Francis’ trip to Central African Republic?

He intends to reach out to all Central Africans, regardless of creed or ethnic origin. He is coming to comfort the population which is tired of this civil war which has brought nothing but death and destruction. He is coming to remind us that the CAR, like every country, must provide a home for all of its children, without any form of exclusion. His coming is an encouragement to the political world to serve the country rather than simply being served by it. His coming will serve as a reminder to all those who have filled their pockets and made themselves richer from the country’s resources of their duty to stand by the Central African Republic and to pay something back through the building of schools, hospitals and by providing other opportunities for work.

What are the most challenging issues that women in the Central African Republic face?

The Head of State is a woman and several other women have played an important part in the transitional government, nevertheless, women are still very much disadvantaged in Central African society. Polygamy is legal, for example. It is not uncommon for a widow, following the death of her husband to find herself (and her children) pushed out of the family home with neither rights nor resources making them very vulnerable. Then, due to the widespread superstition, there are the sad cases of older women accused of witchcraft, many of whom have been tortured and put to death in the most inhumane ways imaginable for their ‘crime’… The only way in which change can come about is through education, for this reason one of the first and most important challenges for the newly elected authorities will be to build more and more schools in order to provide basic instruction for all, boys and girls, independent of their social condition.

Pope Francis is scheduled to visit Muslim leaders in a mosque in Bangui. What is at stake in this meeting? What fruit do you hope it can bring?

It’s the Muslim community as a whole which Pope Francis is intent on meeting. It’s clear that everyone is focused on this particular part of the Holy Father’s visit to Bangui. It will provide the opportunity to reiterate loud and clear the Catholic Church’s respect for Muslims and of our commitment to interreligious dialogue. At the same time his meeting with the Muslim community will serve to show the rest of the population here in the CAR that a ‘them and us’ situation cannot be tolerated. The different communities can and must live and work together, as they always did; it’s better this way, much better. … It will be a very important sign for all Central Africans to see the Pope going to the heart of the Muslim district.

Sadly, owing to numerous conflicts and situations of distress around the world, many have forgotten about the plight of the population of the Central African Republic. The Pope’s visit can really change that. …

With regards to the Church in this country, well it’s still fairly young. The first missionaries came here just over 150 years ago, and like all “youngsters” there’s the joyful enthusiasm on the one hand, and really from that point of view, the Church in the U.S. and in the rest of Western society can learn a lot, then on the other hand, there are problems, and the Catholic Church in Central Africa is not without its “growing pains.” Unlike some other countries of recent evangelization, some ancient beliefs are still part and parcel of life and culture and these prevent the good seed which has been sown to really grow and develop; of course, there are some very positive aspects of the Central African culture which ought to be safeguarded, however, there are some other customs and practices which are unacceptable, and the Gospel call to conversion is also a call to leave such things behind.

What do you hope Pope Francis will learn about the Central African Republic from his visit?

He’ll certainly meet a population which will welcome him with joyful enthusiasm; a people very much open to the spiritual dimension, albeit quite often a hotchpotch of beliefs and contradictory ideas. At the same time, he will meet people who are tired; tired of conflict, of exploitation, of lack of direction and opportunity… people longing to turn the page and who have at their disposal great resources necessary for change provided that there’s the right kind of support.

Read Next: How the Pope Could Play Peacemaker on His Africa Visit 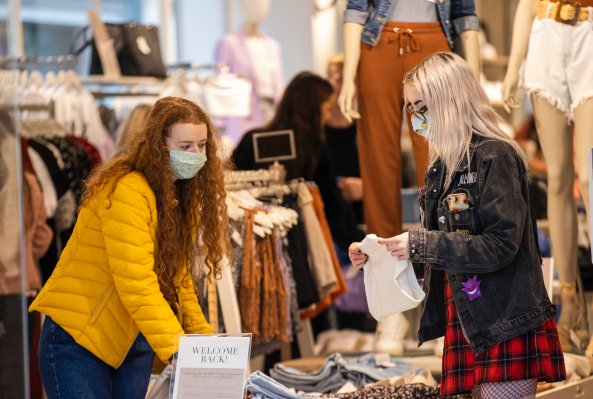