How Lucy the Australopithecus Changed the Way We Understand Human Evolution

The Australopithecus has been around for a while now—and so has our knowledge of that human ancestor. The species Australopithecus africanus (“the southern ape of Africa”) was first classified based on a skull found in 1924, which seemed to have characteristics of both humans and apes but which clearly belonged to a creature that walked upright, based on the position of the spinal cord.

For the next 50 years or so, new human ancestors were discovered every now and then, including different Australopithecus species—but it was in the 1970s that a “surge of discoveries” brought a new level of understanding to human origins. One of those big discoveries was the famous skeleton known as Lucy, who was found on this day, Nov. 24, in 1974:

A few years would pass, however, before the full importance of Lucy would become clear. It was early 1979 when TIME declared her a “front-page celebrity” after Johanson announced the Lucy was a specimen of Australopithecus afarensis, a whole different species from those previously known Australopithecus examples. Significantly, she dated to a period before hominids split into the brand that led to us and the one that led to extinction. “The implications, says Johanson, are profound,” TIME noted. “First, the old notion that man became bipedal as his brain grew is certainly false: Lucy was small-brained, but could stand erect. Second, because Lucy is basically so primitive, man may have split from his ape ancestors much later than 15 million years ago, as is commonly supposed.”

Others in the field, however, like Richard Leakey (son of the famous anthropologists Louis and Mary Leakey and a believer that the common ancestor lived earlier than Lucy did), disputed some of Johanson’s analysis that afarensis was a single, separate species.

Despite quibbles over classification, there’s no question that Lucy was and is important to our understanding of human evolution. In 2012, scientist Derek Rossi nominated the spot where she was found for TIME’s list of the most influential places in history: “The single most significant place in human history is where hominids first evolved and emerged,” he said. “More specifically, the Afar region of Ethiopia has been the site where many of the most significant early hominid fossils have been unearthed, including the Australopithecus afarensis fossil find by Donald Johanson, dubbed Lucy.” 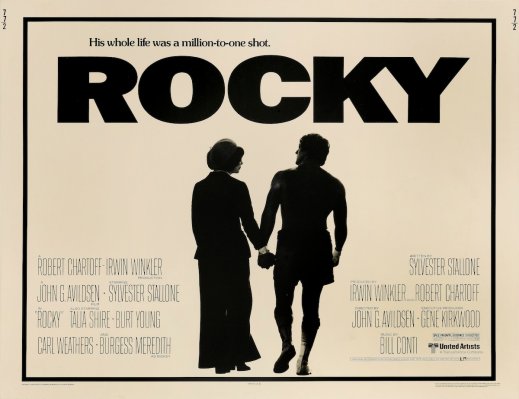 Read TIME's Original Review of 'Rocky'
Next Up: Editor's Pick