An unidentified family member of Nathan Gbotoe, a 10-year old boy that contracted Ebola, has her temperature measured before entering the Ebola clinic in Monrovia, Liberia on Nov. 20, 2015.
Abbas Dulleh—AP
By Melissa Chan

A 15-year-old boy died of Ebola in Liberia less than three months after the West African nation was declared free of the deadly virus.

This is the first Ebola-related death in Liberia since July when the disease claimed the lives of a woman and a teenage boy in a new “flare-up,” the World Health Organization said.

The WHO had declared the country to be Ebola-free in May and then again in September.

Gbotoe’s father and brother are being treated for Ebola and more than 150 others who may have come in contact with the teenager are being monitored, Chief Medical Officer Francis Kateh told Reuters.

The news agency said 10 of the roughly two dozen health workers who cared for the boy are considered high-risk.

Ebola has killed more than 4,800 people in Liberia since its outbreak last March, according to WHO.

“It is concerning, it has to be managed incredibly aggressively and professionally,” WHO spokesman Dr Bruce Aylward said in a statement. 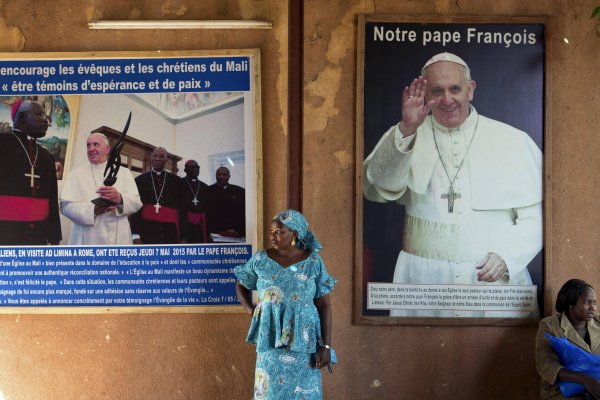 How the Pope Could Play Peacemaker on His Africa Visit
Next Up: Editor's Pick