Why Hillary Clinton Is Right About Pfizer

Three cheers for Hillary Clinton and other politicians who are decrying Pfizer’s tax “inversion” deal that would allow it to take over an Irish pharma company and relocate there, thus saving $21 billion in American taxes. Tax inversion deals—mergers done pretty much for the sole purpose of saving tax money by moving to a foreign tax jurisdiction—have been on the rise for a while now. One of the many reasons they are so egregious is that the very firms that are most able to do them—including pharmaceutical and tech companies that have most of their value in intellectual property that can be easily relocated elsewhere—have also been the biggest beneficiaries of government help.

Pfizer and other such firms will argue that they need to pay lower taxes to fund the research that results in miracle drugs. But that is a myth. We credit the private sector for the innovation and growth in our economy. But a number of academics and policy thinkers, including University of Sussex economist Mariana Mazzucato, author of The Entrepreneurial State: Debunking Public vs. Private Sector Myths, argue powerfully that it is the government (and thus taxpayers) rather than the private sector that deserves the credit for such innovation. “Every major technological change in recent years traces most of its funding back to the state,” says Mazzucato, who backs the claim up with powerful statistics and anecdotes in her book. Most parts of the smartphone that make it smart–GPS, touchscreens, the Internet–were advanced by the Defense Department. Tesla’s batteries came out of a Department of Energy grant. Google’s search algorithm was boosted by a National Science Foundation innovation.

Likewise, many new drugs that have made big money for firms like Pfizer have come out of NIH research. The National Institutes of Health have spent almost a trillion dollars since its founding on the research that created both the pharmaceutical and the biotech sectors—with venture capitalists only entering biotech once the red carpet was laid down in the 1980s.

So why the mythology that the private sector deserves all the profits and the credit for innovation? Because there are huge profits to be made with that narrative. It was the National Venture Capital industry that in 1976 convinced the government to reduce capital gains tax by 50% in only five years. Likewise, says Mazzucato, “It is Big Pharma that is able to charge exorbitant prices in the name of recouping their high innovation costs—and also lobby for massive tax reductions related to patents that have no effect on their investments.”

There are better models. Israel and Finland retain equity in firms that come out of basic government research. And the U.S. government in the past has dictated that companies reinvest money in Main Street rather than give it to Wall Street. That’s how Bell Labs was born, after the federal government pressured AT&T to reinvest profits in innovation. We got the C++ programming language and cell-phone calling technology, among many other advances, out of that. Not a bad precedent.

The NIH invests $30 billion per year in research that enriches companies like Pfizer. Meanwhile, Big Pharma spends more on marketing than R&D, and is the leader, along with the tech and energy sectors, in share buybacks that make investors wealthy without creating any real growth or jobs. Clinton and others should keep the pressure on Pfizer and other such firms—and the next president should make both buybacks and inversions, which cheat the true economic makers in this country, illegal. 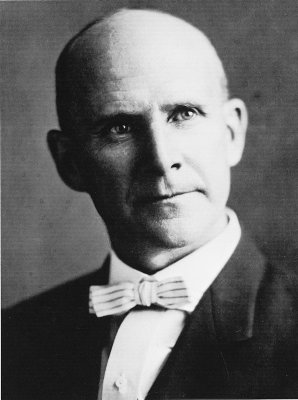 The Democratic Socialist Who Ran for President Almost a Century Ago
Next Up: Editor's Pick