Jimmy Kimmel dedicated all of Monday night’s show to the cast of the Star Wars: The Force Awakens, which is set to hit theaters on Dec. 18. Stars including Carrie Fisher, Daisy Ridley, Adam Driver, John Boyega and director J.J. Abrams joined Kimmel for interviews and sketches on the late night show.

And, spoiler alert! Abrams offered one tidbit to fans who are itching for details about the upcoming installment of the series: The first word uttered in the film will be “this.”

That’s probably the least interesting detail released about the long awaited film, but as Kimmel joked it likely won’t keep fans from reading between the lines, hoping to reveal a significant detail ahead of the release. 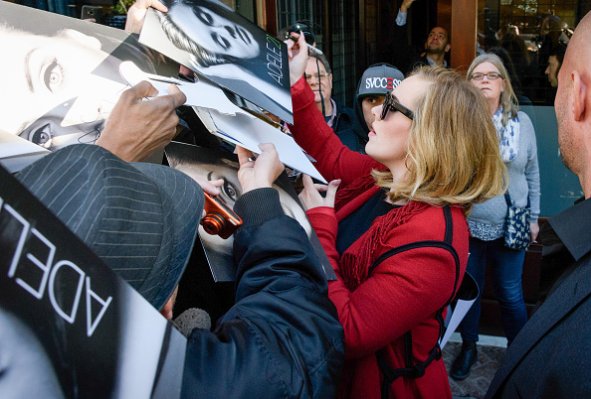 Watch Adele Perform 'Water Under the Bridge' on Jimmy Fallon
Next Up: Editor's Pick