Tuesday’s Google Doodle marks the discovery of “Lucy”, a skeleton found 41 years ago in Ethiopia that helped scientists understand the evolution of apes into bipedal humans.

Named after the Beatles song “Lucy in the Sky With Diamonds,” the 3.2 million-year-old remains belong to the Australopithecus afarensis family, a species that shares both human and ape characteristics, according to the Telegraph.

Almost 40% of Lucy’s skeleton remained intact — a particularly rare occurrence given most fossils of that age are found shattered and fragmented — allowing researchers to study the distinct curvature of her spine and her knees and uncover her ability to walk upright, the Independent reports.

The Doodle shows an Australopithecus afarensis walking between a chimpanzee and a human, marking the transition between the two species. 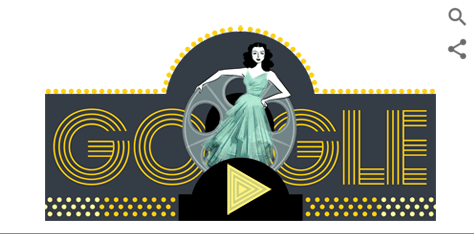