Belgian soldiers patrol in the arrival hall at Midi railway station, after security was tightened following the fatal attacks in Paris, in Brussels, on Nov. 21, 2015,
Francois Lenoir—Reuters
By Tessa Berenson

The U.S. State Department has issued rare a worldwide travel alert due to ongoing terrorist threats from the Islamic State of Iraq and Great Syria (ISIS) and other groups.

The travel alert urges caution for any Americans traveling abroad, coming in the wake of a terrorist attack in Paris on Nov. 13 that killed 130 people.

The alert, posted Monday, says, “Current information suggests that ISIL (aka Da’esh) [ISIS], al-Qa’ida, Boko Haram, and other terrorist groups continue to plan terrorist attacks in multiple regions… Authorities believe the likelihood of terror attacks will continue as members of ISIL/Da’esh return from Syria and Iraq. Additionally, there is a continuing threat from unaffiliated persons planning attacks inspired by major terrorist organizations but conducted on an individual basis. Extremists have targeted large sporting events, theatres, open markets, and aviation services.”

The alert will remain in place until February 2016, the State Department said. 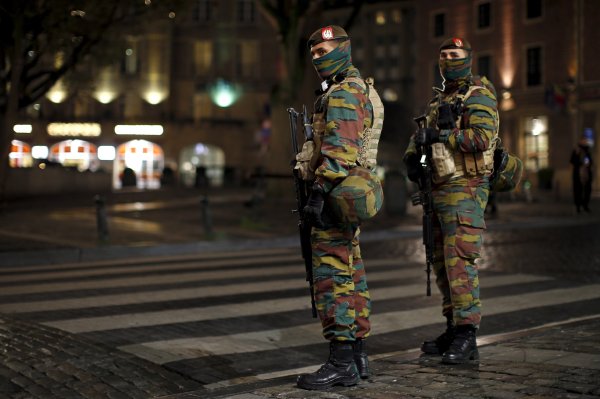 This Is Life Under a Terror Lockdown in Brussels
Next Up: Editor's Pick